When we think of the Middle East, the first thing that comes to mind is endless miles of desert punctured by lush oases. However, this part of the world boasts some of the most spectacular natural attractions in the globe! Check out a list of 10 most beautiful natural wonders of the Middle East. 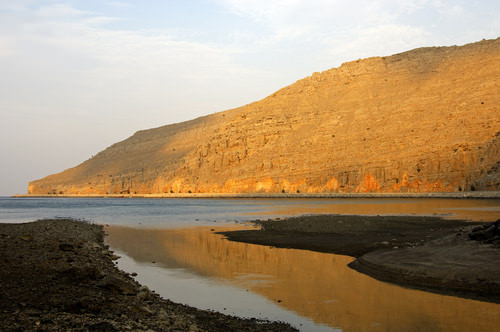 The fjords of Musandam stretch to the north, offering stunning views. Among the main attractions, boat trips, excursions to the coast and rocks, watching dolphins from a traditional Omani boat, and scuba diving in the open sea are worth highlighting.

The fantastic beauty of secluded bays, the transparent turquoise of the sea, many grottos and caves, mountain ranges and peaks hidden in the clouds, ancient fortresses, and mosques – the landscapes of Musandam amaze with their magnificence. All this makes this spectacular natural wonder one of Oman’s top attractions for nature lovers. 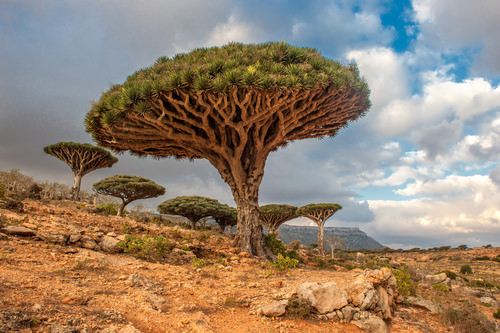 One of the most amazing natural wonders of the Middle East, this weird and a bit isolated island is also one of the most spectacular wonders of the world. The Socotra Islands are the pearl of Yemen and the entire Arabian region. The island was used as a trading base and is mentioned in such ancient texts as Greek Tablets and Travels of Marco Polo.

Socotra is a small archipelago of only four islands in the Indian Ocean, and it is so isolated that a third of its plant life is found nowhere else on the planet. The Socotra archipelago is truly a treasury of flora and fauna, which many generations of Socotrians, bearers of the unique cultural tradition of Yemen, managed to preserve and convey to us.

The Bottle Tree and the Dragon Tree are among the most striking species. In addition, there are snow-white beaches with azure water, mountains, canyons, sand dunes, and lakes in the rocks. However, historic buildings have not been preserved, so people come here to enjoy spectacular nature. 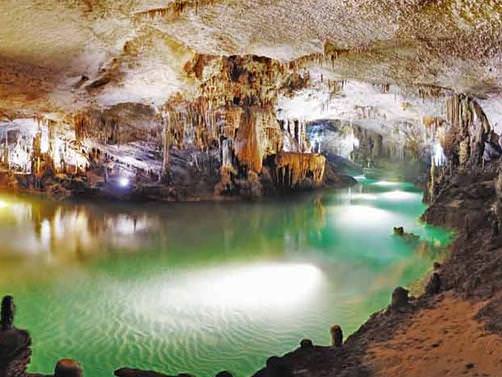 Archaeology has found that the caves were greatly inhabited in prehistoric times and stayed undiscovered until 1836. The upper level rises above the ground floor by sixty meters. The bizarre galleries are equipped with footbridges for excursions. Communication with the lower level is equipped with a tunnel and a series of passages that do not disturb the natural landscape.

The lower cave was accessible only by boat, and the grotto has been known as a tourist attraction with the addition of walkways and a tunnel, but access is still limited in order to avoid damage. The cave boasts the world’s largest known stalactite, measuring 27 feet long. 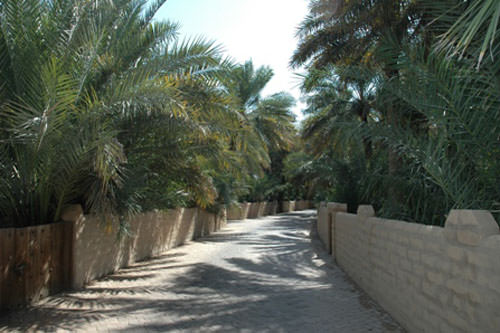 Al-Hasa is a historical region in the east, inhabited by people since prehistoric times. The nature here is unique. On the territory of Al-Hasa, there is a spectacular natural oasis of the same name, recognized as the largest in the world. Located more than 40 miles from the coast of the Arabian Gulf, it is a UNESCO World Heritage Site.

The landscape of the oasis, which has evolved over millennia, represents a way of life typical of the Persian Gulf region of the Arabian Peninsula. The oasis encompasses 30,000 acres and is fed by over 60 Artesian springs, irrigating over 3 million date palms and providing water to the million people who live there. Surrounded by a huge variety of trees, you will feel at one with nature.

In addition, it is home to the world’s largest date farm, producing dates known for their sweetness and gooey texture. 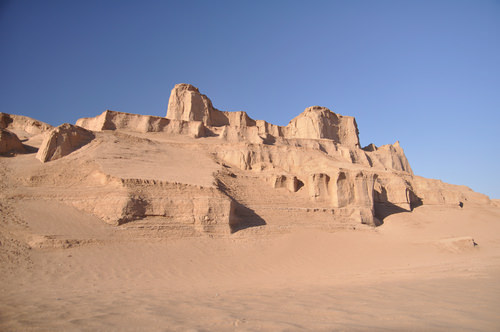 The Middle East can also boast of such natural wonder, as the Kaluts, a series of eroded towers and walls sticking out of the desert (the Dasht-e Lut) in the province of Kerman and running for a distance of over 120 miles north to south.

Kalouts are a unique phenomenon, and there are countless secrets about the principles and features of their occurrence. The desert was inscribed as a UNESCO World Heritage Site in July 2016.

The Kaluts are the hottest place of the Middle East and the lowest area in Iran because of the burning sun, dry, cracked earth, and no sign of life. There are no clouds and trees where you can cool a little bit. The Kaluts stand at 56 m above sea level, where the temperature reaches 149F (65C) in the shade! These formations have been created over the millennia by soil erosion, water, and wind.

The Rub ‘al Khali is the world’s largest sand desert that stretches for about 250,00 square miles, covering parts of Oman, Saudi Arabia, Yemen, and the UAE, one-third of the Arabian Peninsula. Incredible! The red/orange dunes reach more than 800 feet in places, and due to the lack of water and searing heat, there’s minimal wildlife. Moreover, the Rub’ al Khali is one of the most oil-rich places in the world.

This spectacular natural wonder amazes travelers from all over the world with its magical beauty and unearthly silence. It is like an endless red-gold sea, on which dunes grow in waves at the behest of the wind, the height of which reaches hundreds of meters.

In addition, the Rub’al Khali has become an oasis for adventurers who want to feel the hot breath of the desert – ride a buggy or ATV, try sandboarding, arrange a desert jeep safari and see the traditional Bedouin camp.

One more advantage of visiting this spectacular place is that for the safety of travelers, Rub al-Khali is patrolled by rescue helicopters, so you can calmly go to see this natural wonder of the Middle East with your own eyes.

7. The Dead Sea, Jordan and Israel 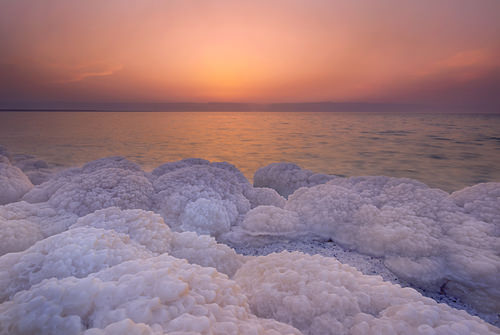 Perhaps, the most famous of the natural wonders of the Middle East is the Dead Sea. The healing powers of mineral waters have been known around the world for centuries, and nowadays, there are numerous spas and resorts on its shores.

Being named because nothing can live in its waters, the Dead Sea is located between Jordan, Israel, and the West Bank. Lying 1,388 feet below sea level is the lowest land elevation on earth. Its harsh conditions make it uninhabitable for any creature, hence its name. With 33.7% salinity, it is possible to float unsupported in it.

Despite the fact that the sea’s water level drops significantly, this magical natural wonder of the Middle East continues to be a thriving, unique tourist site due to its natural, rich, spectacular beauty. In addition to free time for relaxing holidays, the Dead Sea area offers many recreational activities ranging from visits to world-famous historical sites such as Masada and Qumran to various sports activities and organized day trips to the area. 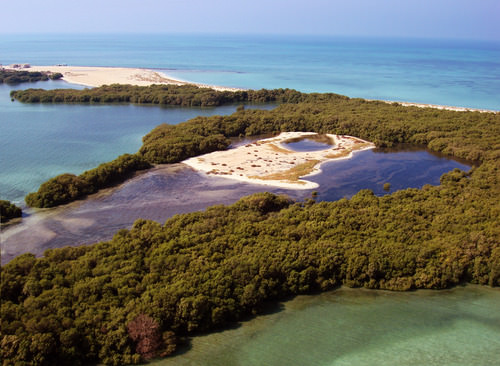 One of the ecologically significant natural wonders of the Middle East, Bu Tinah Island is not open to tourists. Bu Tina is a tiny archipelago among vast coral formations in the shallow waters of the Persian Gulf, located near the city of Abu Dhabi.

This group of islands is very rich in biodiversity and lies within the Marawah Marine Biosphere Reserve, which has an area of over 4,000 km2. This nature reserve is one of the largest in the world and is a protected area where fishing and collecting sea turtle eggs are prohibited.

The coral reefs are flourishing here despite the conditions that would kill off reefs in other parts of the world. In addition, Bu Tinah Island is home to rare and endangered wildlife, including the dugongs and Hawksbill turtle. 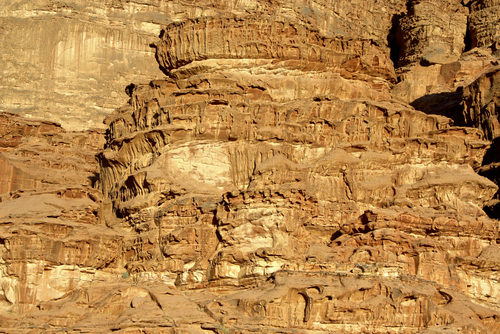 Wadi Rum is a spectacular place, a real natural wonder of the Middle East, timeless and untouched by civilization. Wind and sun for thousands of years have strongly impacted the local landscape, forming unique rocks, arches, canyons, and wells.

Wadi Rum has been inhabited by many civilizations since prehistoric times. A valley cut into the sandstone and granite rock. It is home to a rock formation named the Seven Pillars of Wisdom. Nowadays, Wadi Rum is inhabited by Zalabia Bedouins, a small population who run eco-tourism businesses taking foreign tourists on climbs and hikes.

Hikers, rock climbers, and just history lovers will find themselves here. After all, some rock paintings on the territory of the Wadi Rum reserve are over four thousand years old. So, it is not surprising that this natural wonder has been included in the UNESCO World Heritage List since June 2011. 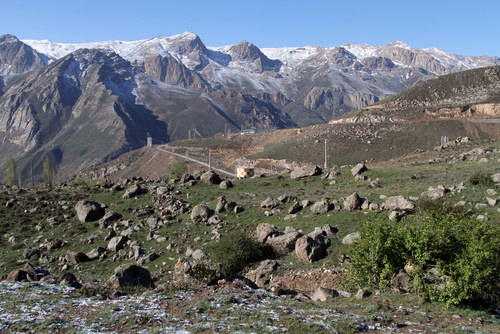 Mount Damavand is the highest peak in Iran and the Middle East. It is widely known as the symbol of the Iranian nation and has a special role in Persian mythology as well as folklore. Usually covered with clouds, the snowy white peak of this mountain is one of the most beautiful landscapes of Iran.

It is also the highest volcano in Asia at 18,406 feet above sea level. Mineral hot springs situated on the volcano’s flanks and at the base provide great therapeutic benefits, and there are some public baths opened nearby. This natural wonder is home to brown bears and leopards as well as wild goats and red sheep.

What are the natural features of the Middle East?

Al-Ahsa Oasis is another natural wonder. This is the largest natural oasis in Asia, located 70 km from the shores of the Persian Gulf. In the summer of 2018, it was inscribed on the UNESCO World Heritage List.

What is special about the Middle East?

The most special about the Middle East are its traditions, landmarks, and history. This is a real treasure trove of historical secrets and mysteries. To plunge into this atmosphere, you should visit the most remarkable sights.

What is the most beautiful natural place in the Middle East?

The White Desert, located 45 kilometers from the city of Farafa in western Egypt, is the most beautiful natural place in the Middle East. Once upon a time, there was an ocean here, and now it is a dry place with thousands of incredible karst formations.

What do you think of these awesome natural wonders of the Middle East? Please comment below and thanks for readin

15 Undeniable Reasons to Visit the Seychelles