Conservation is on everyone’s minds these days. Forests around the world are disappearing, along with the rare species of plants and animals that make their homes in them.

Everyone loses when the trees are gone and some forests are already down to virtually nothing, and some of the most diverse habitats in the world will no longer exist in just a few short years. Check out the list of ten most endangered forests in the world. 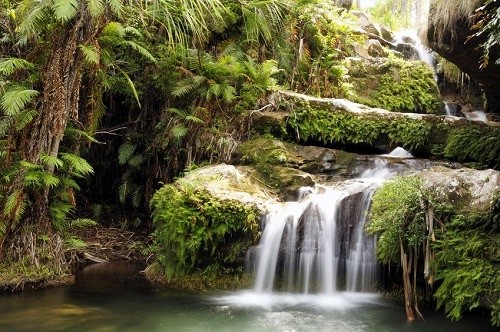 Madagascar is the fourth largest island in the world and home to a large number of animal species found only in its lush rainforests. Many years ago, almost the entire territory of the island was forested, and only intensive economic activity caused their reduction.

Unfortunately, logging practices have reduced the forested area on the island to just 10% of the original. And representatives of the local flora and fauna, which once “called” the island their home, are gradually and irrevocably disappearing. 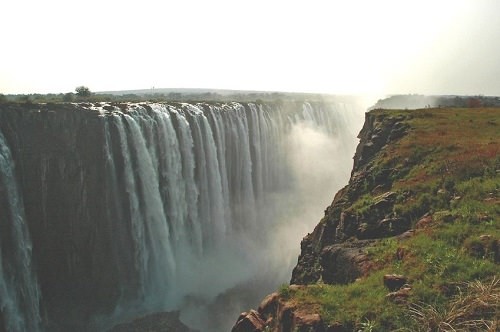 The Eastern Afromontane forests run from Saudi Arabia to Zimbabwe and contain more endemic creatures than any other region of Africa. Over 600 species of animal living in the forest cannot be found anywhere else in the world. Various mammals, birds, and amphibians, 617 fish live in the lakes.

But the expansion of agriculture, especially large plantations such as bananas, beans, and tea, the growth of the market for bushmeat, and population growth have reduced it to 11% of the original habitat. All this makes this forest endangered. 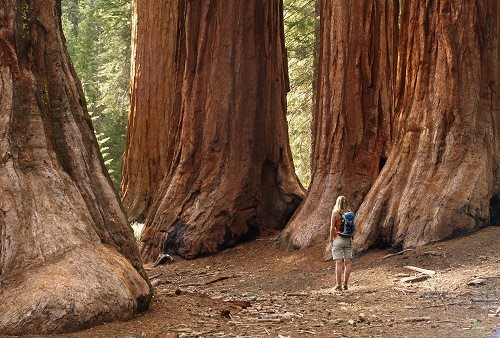 The United States is also home to an endangered forest. The California Floristic Province Forest is known for its impressive sequoia and coastal redwood trees. The most extensive range of birds in the US nest here, including the California condor, the giant bird in North America, live here.

While some trees are still standing in logged areas, only ten percent of the original forest remains in decent condition. Sadly, many species unique to the area have already gone extinct and others face extinction in the near future if steps are not taken to preserve the forest. Among the highly endangered animals are the last few wild condors in the world.

Commercial agriculture, along with urban expansion, pollution, and road construction, are all major threats and, except for 10% of the habitat, have degraded the rest of the area. The coastal forests of East Africa are gradually being cleared away to make room for agriculture. Just a tiny part of the original forest remains intact. The area is home to the last remaining Tana River Colobus and Magabey, as well as the few remaining Zanzibar Red Colobus.

The primates are endangered now, as are dozens of plants that are only found in this particular forest. The area is now drawing more tourist attention, which is both good and bad.

Immigrant hunting is one of the main threats to animals. However, the biggest threat is the expansion of agriculture. Subsistence and commercial farming has taken over almost 10% of the original habitat, mainly due to poor soil quality and increasing population. 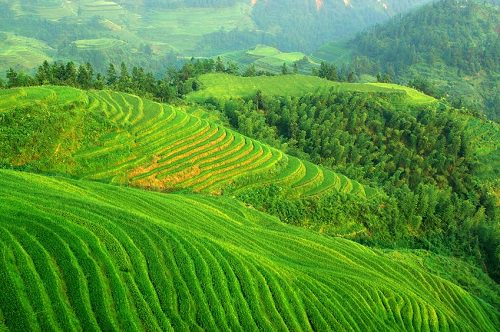 Mountains in southwest China in the Asia-Pacific region with temperate coniferous forests support a wide range of temperate flora. There, you’ll find the two rare species of panda. The giant and red panda make the forest their home, but it is rapidly disappearing.

The deforestation is mainly due to agriculture, but new roads and dams have also contributed to the destruction of what was once an enormous forested area. Now only 8% of the forest is still intact. 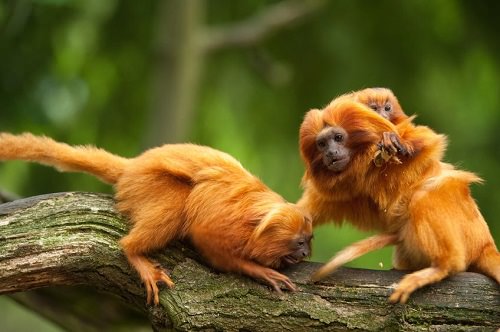 The Atlantic Forest runs through Brazil, Argentina, Paraguay, and Uruguay. The Atlantic Forest is noted for its high biodiversity and endemism, many of which are endangered. Over forty percent of the more than 20,000 species of plants in the forest are unique to this part of the world.

The Atlantic Forest is also home to more than two dozen critically endangered species of animals. Among the endangered animals are lion tamarins. About 250 species of amphibians, mammals, and mammals have become extinct as a result of human activity over the past 400 years.

Sugar and coffee plantations, combined with the expansion of Rio de Janeiro and the urbanization of São Paulo, threaten the region except for about 8% of the original habitat. Today, more than 11,000 plant and animal species are threatened in the Atlantic Forest. Sundaland Forest is another endangered forest. It once spread out over 17,000 islands. Among the included islands were Borneo and Sumatra. At this point, just 7% of the forest is still around, leaving many islands almost completely deforested.

Industrial forestry and the international trade in animal food and medicine require flora and fauna here. Commercial uses such as rubber, oil palm and pulp production, illegal and unsustainable logging, and non-timber forests have left only about seven percent of the original area. 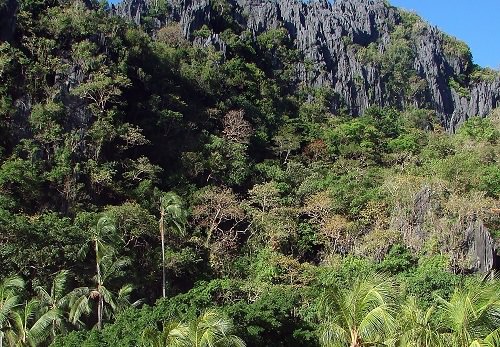 The Philippines is made up of over 7,000 islands, all of which were once heavily forested.

Over 6,000 plant species can be counted in the tropical and subtropical moist broadleaf forests. There are many bird species, such as the Philippine eagle, the second largest eagle in the world, as well as amphibians here. The small amount that is left is home to the Panther Flying Frog and the second largest eagle in the world. These two species do not exist anywhere else.

Accommodating agriculture and a growing population, in addition to clearing timber for timber production, make this forest endangered. Today, a whopping 93% of the forest is gone, destroyed. 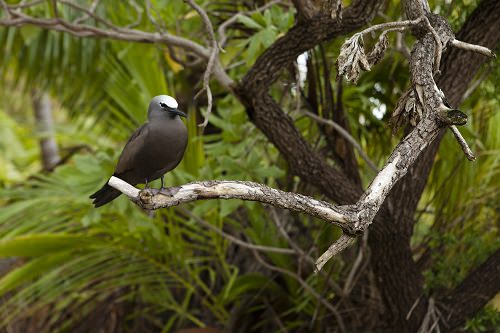 New Caledonia is one of the smallest hotspots, located in a group of islands in the South Pacific at the southern tip of the Melanesian region, east of Australia.

Tropical and subtropical moist broadleaf forests are home to at least five endemic plant families, including the world’s only parasitic conifer and nearly two-thirds of the araucaria trees. The fauna includes endangered species such as the characteristic crested kagu, the only surviving member of its family.

Nickel mining and invasive plant species are the main reasons just 5% of this amazing forest is left. The growing tourist industry may bring enough attention to conservation to help the remaining forest stay intact. 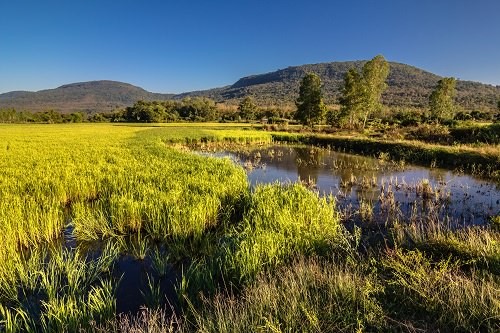 The Indo-Burma forest is almost completely gone. Only 5% remains intact, despite the area being a very important habitat for wildlife.

It is home to birds, freshwater turtles, and fish species, including some of the largest in the world.

The dams also cause water to rise, preventing local birds from nesting on sandbars and beaches. Entire swamps have been turned into rice paddies, making it impossible for many animals to find a home.

What endangered species are found in the tropical coniferous forests?

Countless animals are on the brink of extinction due to human intervention in the wild. For example, the amazon river dolphin, giant otters, jaguars, hyacinth macaw, uakari monkey, poison dart frogs, and south American tapir are endangered species there.

Which endangered species is associated with logging of old growth forests in the pacific northwest?

Old-growth forests are often biodiverse and home to many rare, endangered plant and animal species. For example, the northern spotted owl, marbled goat, and fisherman.

What tropical forests are endangered?

The Amazon rainforest is the largest tropical forest in the world, accounting for half of the total remaining rainforest on the planet.

They are being destroyed because short-sighted governments, multinational logging companies, and landowners see the value of rainforest land only as the value of its timber.

What trees are the most endangered?

At least 30% of the world’s tree species are threatened with extinction due to climate change. Most of all, ebony, rosewood, magnolias, and ash trees are cut down. It causes them to be called endangered.

When forests disappear, it’s everyone’s concern. More and more areas of the world are being turned into plantations, farms and industrial sites, taking over irreplaceable habitats.

10 Most Beautiful Places in China