The world’s castles are among the most popular historic sites on Earth. With their rich histories and beautiful architecture, castles can be very interesting places to read about and visit. Here are 10 of the most fascinating castles in the world that you should consider exploring! 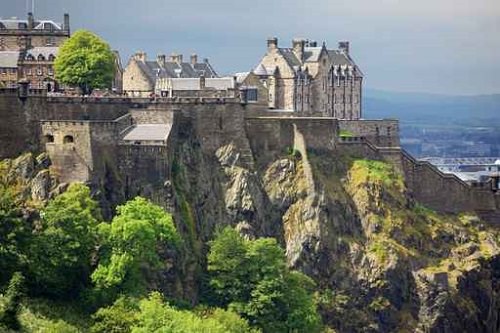 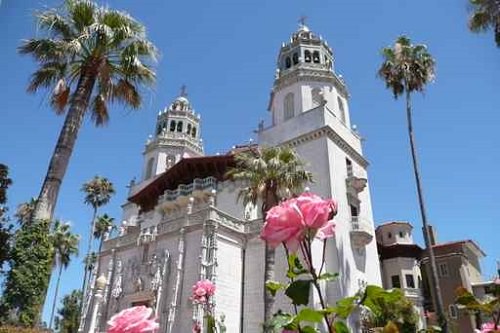 When most people think of castles they don’t think of North America. Hearst Castle, however, is located in California. This beautiful white castle is both a National and California Historical Landmark. It was built between 1919 and 1947 for an American newspaper publisher named William Randolph Hearst. Hearst died only a few short years later in 1951, and Hearst Castle was donated to the state. 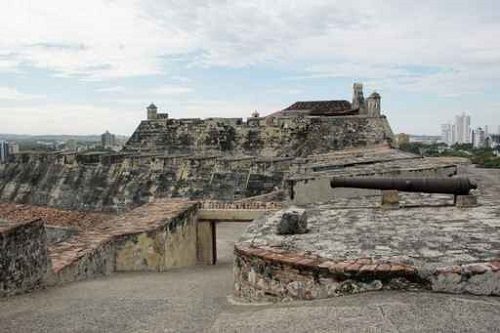 Castillo San Felipe de Barajas is a large stone fortress in Cartagena, Columbia. The fortress dates back to the colonial era, where it was built by the Spanish in 1536 and further expanded over one hundred years later in 1657. Castillo San Felipe de Barajas is built high on a hill, where it can strategically overlook both the surrounding land and the surrounding sea. 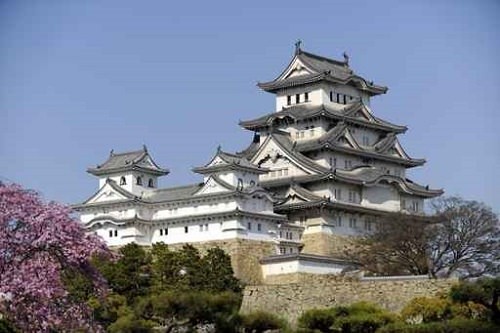 Himeji Castle is a nice change from the usual imposing stone fortresses. It is an amazing example of early Japanese castle architecture. Its curved roof and white exterior is meant to resemble a bird taking off from the ground. Himeji Castle was originally built as a fortress in 1333, but was rebuilt in 1346 and further remodelled two hundred years later. 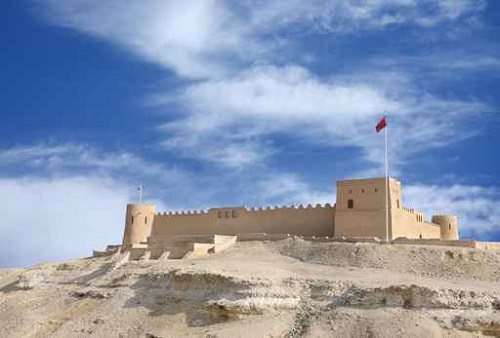 Qal’at al-Bahrain, more commonly known as Bahrain Fort, is interesting because of the fact that it is actually an archeological site. Located in the country of Bahrain, Bahrain Fort dates all the way to the 6th century AD. However, occupation of the site goes back over 5000 years, and it has been occupied by Persians, Portuguese, Kassites, and the Dilmun civilization. 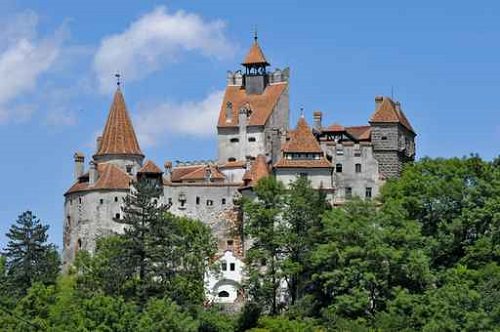 Bran Castle is a picturesque, red-roofed castle situated in Romania, between the regions of Transylvania and Wallachia. It is commonly referred to as “Dracula’s Castle,” even though Vlad the Impaler, Prince of Wallachia, never did make his home there. Bran Castle and its grounds is now a museum with an impressive art and furniture collection. 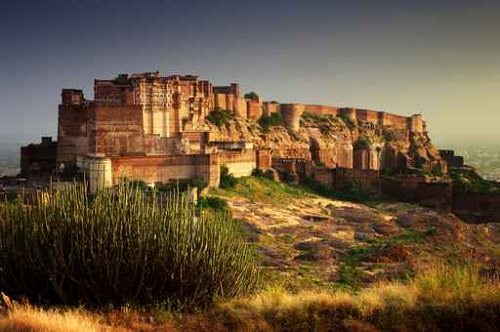 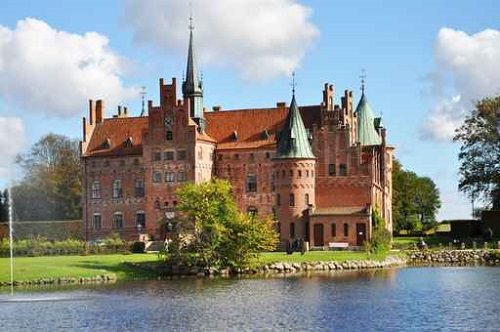 Egeskov Castle’s unique feature is that it is a water castle, meaning that it is surrounded on all sites by either motes or natural bodies of water. In fact, Egeskov Castle, located in Funen, Denmark, is Europe’s best preserved water castle from the Renaissance era. It was constructed in 1554 during a time of civil war, which explains why it was built to be so easily defended. 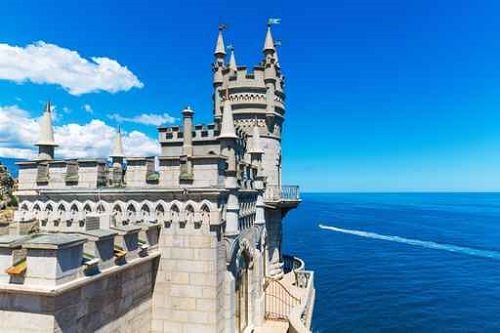 There is nothing very grand or imposing about Swallow’s Nest Castle, as it is meant to be decorative. But the neat thing about this small castle is that it is perched right on the edge of a cliff overlooking the Crimean peninsula in the Ukraine. Built in 1912, this interesting castle has become a symbol of Crimea as it watches the Black Sea from atop the Aurora Cliff. 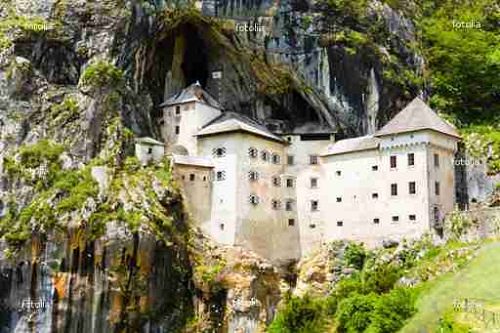 Most of the castles that we have looked at have been built on a mountain. Predjama Castle, however, is actually built right into one. Predjama was constructed right in a giant and perfectly suited cave mouth in the country of Slovenia. A few earlier castles had occupied the same location, but Predjama Castle was built in 1570 after an earthquake destroyed the previous one.

Today, castle enthusiasts have opportunity to explore castles in different countries. In fact, the list of world’s most beautiful castles is huge and fascinating to explore. The most gorgeous castles of the world appeal to ardent historians alike, casual travelers and, family day trippers alike, making castles the most popular tourist attractions. Have you ever seen these castles? Feel free to share your experiences.

10 Most Beautiful Bridges in the World

10 Most Beautiful Botanical Gardens in the World