With the 21st century well underway, some people are wondering why we don’t have colonies on Mars and flying cars yet. While those advances may be a ways off yet, you can find some very futuristic structures right here on Earth.

Buildings with truly advanced structure and function already exist and they’re pretty amazing. Take a look at the list of most futuristic buildings in the world. One of the few residential buildings in the world with a futuristic twist, West 57 contains 600 apartments in the already packed Big Apple. You would never guess it by looking at the building from the outside, however. It appears to be a slightly squashed metal and glass pyramid, with odd bits jutting out along the front face. 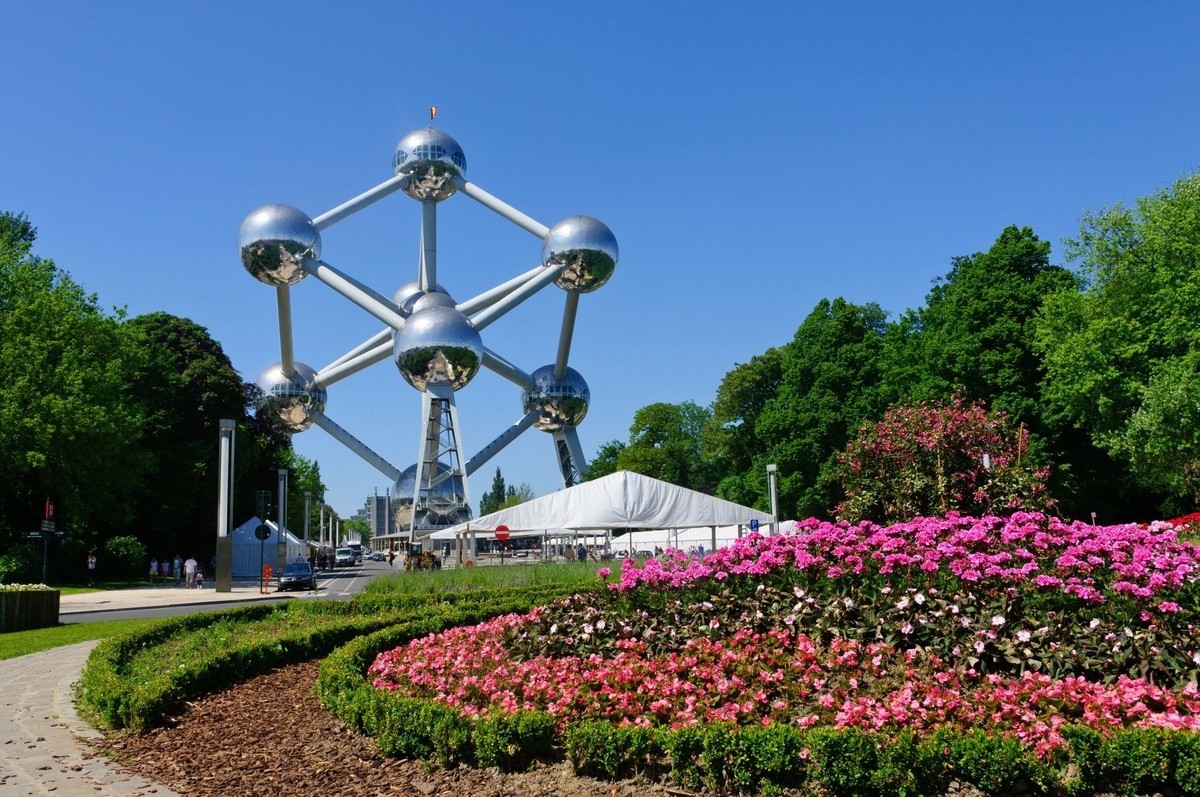 A very unique building, the Atomium was built back in 1958 for the Brussels World Fair. The building was designed to replicate an iron crystal. It is 102 meters high and features nine stainless steel balls which can be accessed by escalators.

The escalators run inside tubes that connect the spheres. The very highest sphere is a restaurant, while others hold exhibition halls and public meeting places. Not all futuristic buildings look like something out of a science fiction movie. In fact, some are futuristic based on their function more than anything. The Bullitt Center is one such building. It does involve a lot of mirrored glass, but the real magic is what happens inside and around it.

The office building is energy and carbon neutral, using a green roof to filter gray water and rain. Solar panels power the entire six floors of the building and a rainwater capture system on the roof makes this building nearly sustainable. 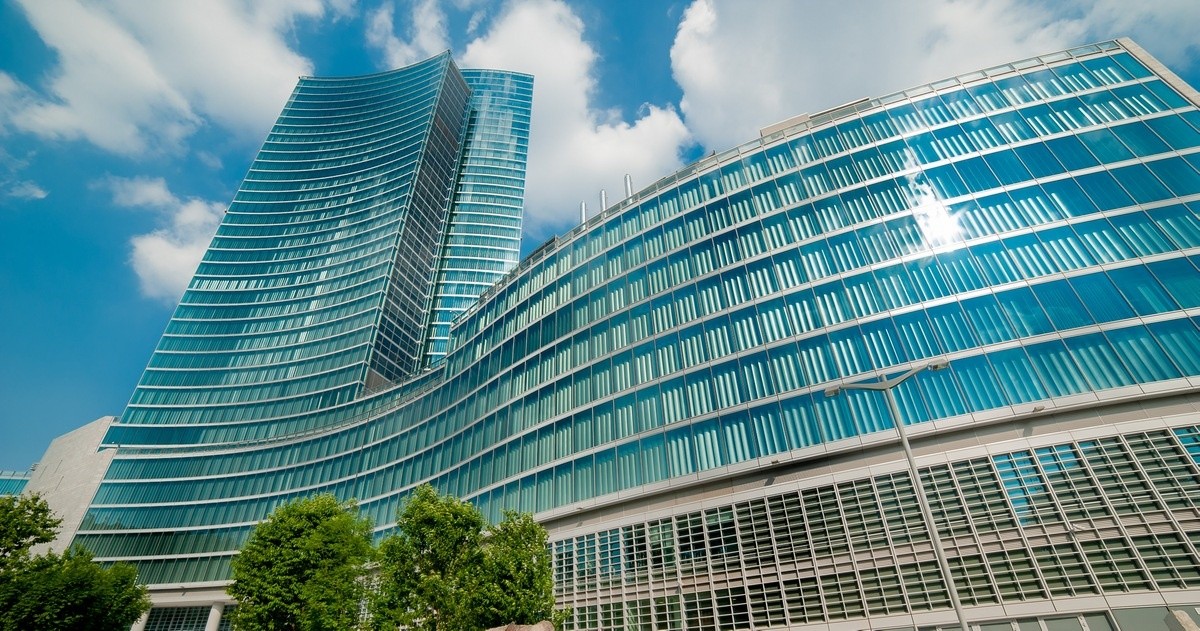 The Italian Palazzo Lombardia is an office tower with a modern look. It’s also packed with eco-friendly features. The beautiful, transparent pillows of fluorine-based plastic that make up the roof are eco-friendly.

There are also dual glass walls with blades that rotate vertically to allow for incredible views while also providing shade. The entire place is heated using geothermal systems. 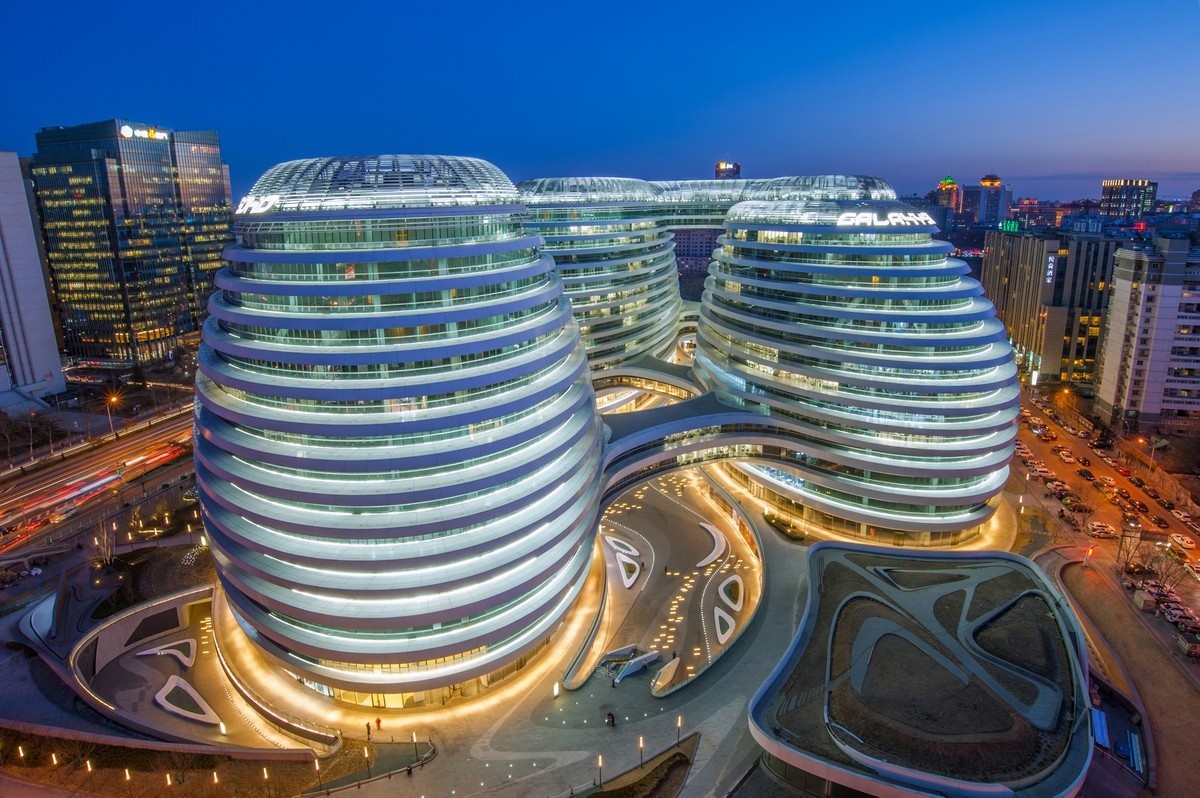 China has several amazingly futuristic buildings and the Galaxy Soho is one of the newest ones. Built in 2012, the multi-purpose building is made up of four domes connected by elegantly curved bridges and suspended platforms. The materials used include aluminum, glass, stone, and stainless steel, so it looks modern off an organic vibe. 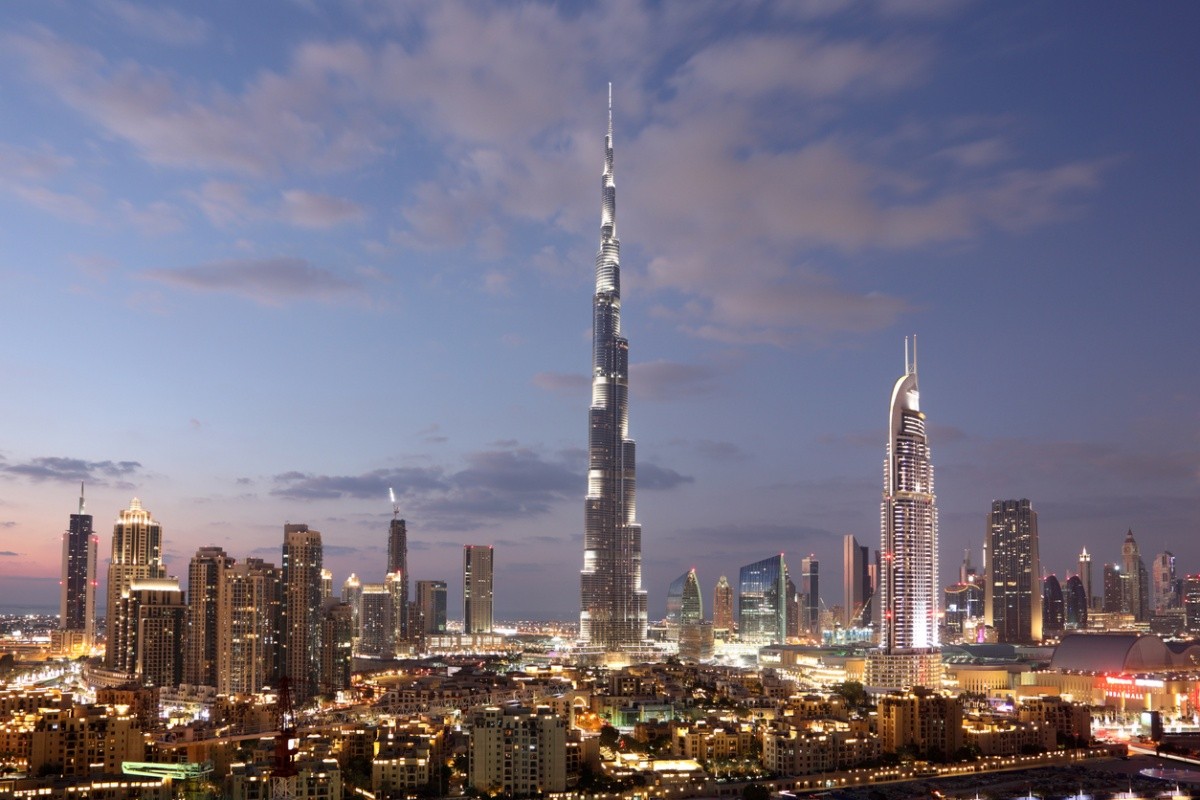 It also breaks several other records, though other buildings are striving to top this. The tower is impressive to look at, as well. Three structures are built around the center core, with staggering levels. The Absolute World Towers look somewhat like elongated and slightly flattened tin cans. Standing at 518 and 589 feet, the two towers twist gradually as they move upward to create a rather unique monument. The towers house offices and stand above the city, marking it as a place of advancement. Not only is The Crystal a unique looking building that closely resembles its name, it is also one of the most eco-friendly structures around the globe. The museum is powered with solar power, as well as a ground source heat pump. A rainwater harvesting system is also built into the structure and it has its own black water treatment.

Inside the unique looking building, you will find an extensive exhibit covering sustainable living and urban sustainability. 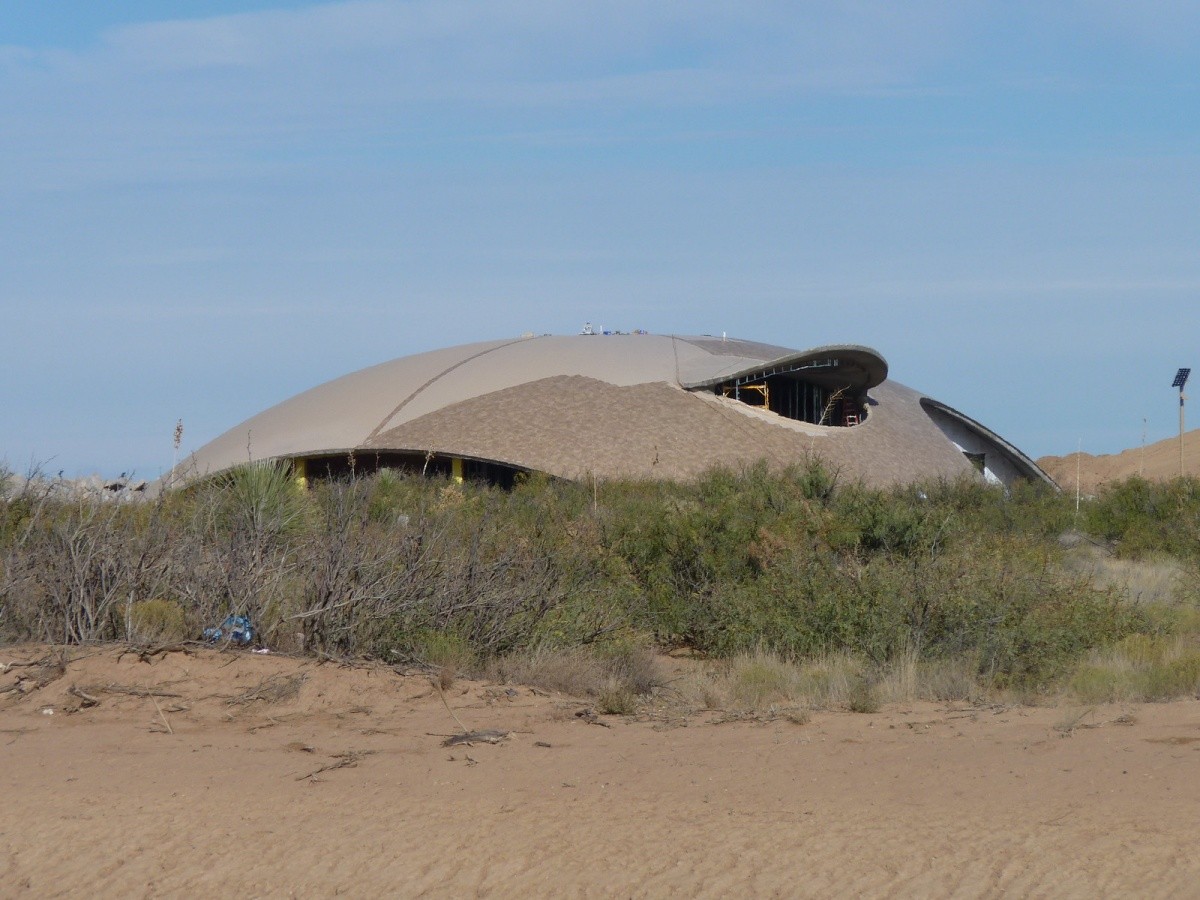 You can’t get any more futuristic than a spaceport. The building was designed to launch and receive spacecraft and it looks about like you’d expect, while still blending into the New Mexico desert. So far, the spaceport as launched 12 successful missions and is home to UP Aerospace, Armadillo Aerospace, and Virgin Galactic. It is the first commercial spaceport in the world. 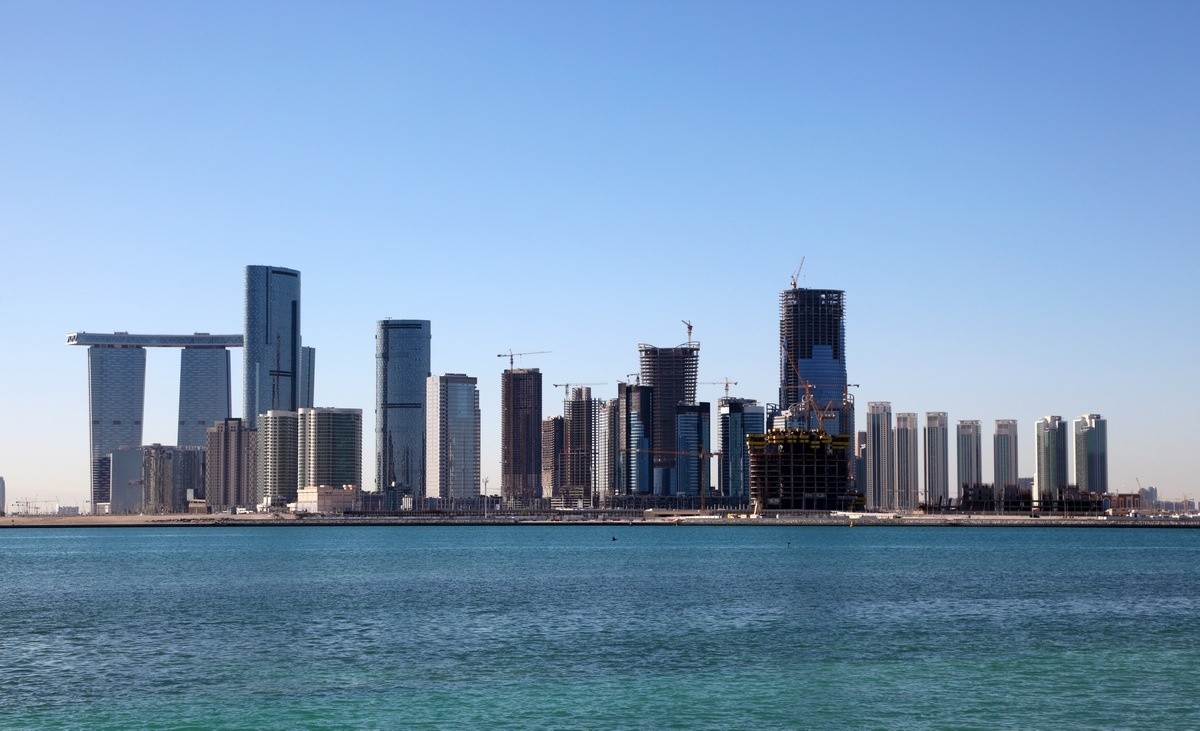 The Al Bahar Towers feature a unique shading system that changes as the sun moves across the sky. Shields open and close as needed to provide the interiors with cool air. The technique has lowered carbon emissions by 40%. While the towers may look like something out of a sci-fi movie, they are also incredibly efficient and eco-friendly.

While some amazingly advanced buildings have space-age designs, others stick to a more organic look. Eco-friendly buildings are more likely to make up the cities of the future than glass and metal spires, though these have a place, as well.

Every year, more amazing structures are finished, adding beauty and function to the world. What do you think about this list? Share your thoughts in the comments section.