Traveling around the world is a great way to spend your vacation time, but not all cities are as charming as the ones in the travel brochures. While every large city has its problems, some are a little worse than others.

According to the research published by the Citizen Council for Public Safety and Criminal Justice, a private organization and part of the Mexican Employers’ Association, there are 10 most dangerous cities in the world.

The ranking is based on official crime statistics provided by local governments, though Middle Eastern cities were not included in the report, as the New York Daily News notes. Check out the list of ten most dangerous cities in the world. 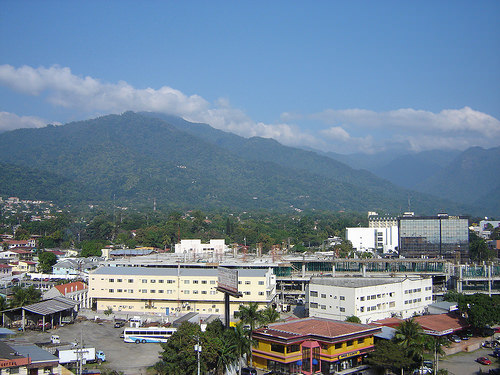 More: 20 Most Peaceful Countries in the World 2017

For the second year in a row, the city of San Pedro Sula had the World’s highest murder rate, surpassing Mexico’s Ciudad Juárez. It topped the list of most dangerous cities in the World a second time, with a rate of 169 intentional homicides per 100,000 inhabitants – an average of more than three murders a day.

This city is one of the most rapidly developing. This place has a huge number of slum areas where crime thrives and drug cartels. Many murders, as well as robberies and rapes, are recorded. San Pedro is dangerous for tourists since they can become victims of local gangs and drug addicts. That’sThat’s why it’s necessary to walk the streets of this city only in groups hiding your wallets and removing all jewelry.

And what is most terrible – the authorities not only do not cope with solving these problems but do not even try to solve them. So it is worth thinking deeply before rushing sightseeing, and it is better to postpone the trip to Honduras until better times! 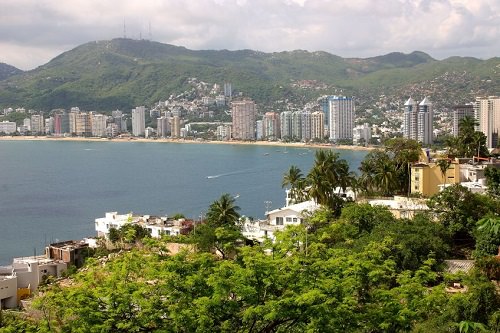 Acapulco was once a popular tourist destination. It used to be a popular resort for movie stars and celebrities and a venue for mass sporting events. These days, however, the stunning beaches see only a handful of vacationers.

When you move away from the “tourist” areas, you will find yourself in the most dangerous city in Mexico, with the highest murder rate in the country: 104 per 100,000 inhabitants. Large numbers of dead bodies are common in this port city, making it a nerve-wracking place to hang out.

The local police do not cope with their duties, demanding money from residents instead. There is also a drug problem in the city. It has only been getting worse over the past decade. That’sThat’s why it is not unusual to see the dead bodies of people who died of overdoses on the streets.

Now there are no better places to appear here because the crime rate has increased many times. So, Acapulco regularly ranks among the most dangerous cities on the planet. The criminal situation scares even the Mexicans. 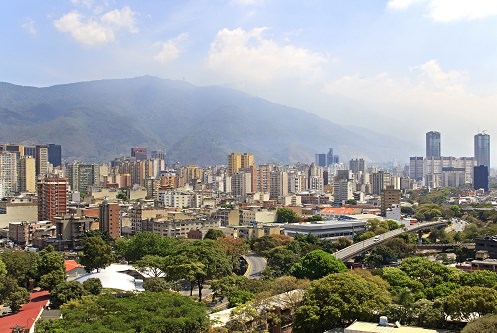 Caracas is known for capital status, murders, and drugs. The population of Caracas is about 3.5 million people. Since Venezuela entered economic hardship, street violence and criminal gangs have taken over Caracas.

The capital of Venezuela, Caracas, has one of the biggest homicide rates in the World, with 122 homicides per 100,000 residents. Most of them remain undiscovered. The city is under pressure from drug cartels, street fighting, and armed robberies.

Its citizens and visitors should always be alert no matter which area they visit. If you are going to visit Caracas, make sure you don’t go to this city alone. And when visiting this city, don’t go out alone.

The police in Caracas are in no hurry to patrol the streets actively. Many fear for their own lives. So, it is probably better to stay away from Caracas and, at the same time, from Venezuela. 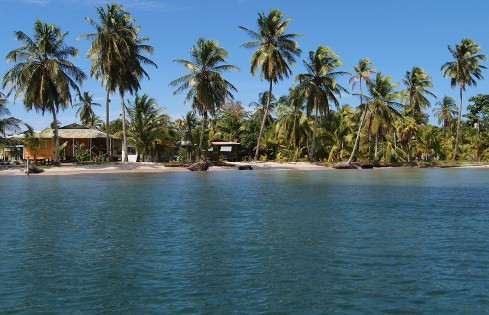 While no large city is immune to violence, Distrito Central has surpassed the usual amount of violence. There is one of the highest murder rates around the globe. The dangers can be attributed to extreme poverty, government corruption, and a heavy Mafia presence. Distrito Central is three cities blended into one. The high level of violence deters all but the most reckless of tourists.

However, there is also one local type of crime here. It’s sea piracy. Through the Central District, narcotics flow on the sea, after which pirates hunt. Moreover, they do not disdain peaceful tourist yachts that have unknowingly sailed into the dangerous local waters.

Only the central district of Tegucigalpa is relatively safe. But on the outskirts, crime flourishes, and street gangs rule the roost. The high level of violence deters all but the most reckless of tourists.

Although Torreón is one of Mexico’sMexico’s most important industrial and economic centers this city is also full of landmarks and many opportunities for outdoor activities.

However, at the same time, it is also one of the most dangerous cities in the World. While organized crime and drug trade may not be prolific in Torreón, this Mexican city still has one of the highest murder rates – 87 homicides per 100,000 residents.

Please be careful when visiting Torreon. Try to walk in a group of close people and avoid poor neighborhoods. Be attentive and cautious because you never know what can happen here in the next minute.

Brazil has a whopping 14 of the World’s most violent cities. Maceió is the capital of the Alagoas state and has received a bad reputation because of bad crime rates. It sees around 135 murders per 100,000 residents each year. Carnage is a common sight here, which has long ceased to be surprising.

The city is by far the most dangerous in the country, topping even Rio de Janeiro, which most people know for its favelas or slums. Brazil may host a large part of the Amazon rainforest, but its most populated areas are not places you want to hang out.

Brazilian authorities have tried to turn the port city of Maceio into a tourist paradise thanks to sandy beaches and bright sun all year round. But a homicide rate has overshadowed these efforts. Residents of Maceio blame the 180% increase in crime over the past twenty years on the cocaine trade. 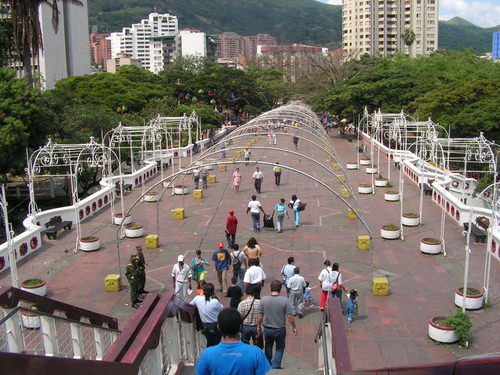 Many of the cities on this list are in Latin America, and for a good reason. Drug cartel violence abounds in many of these cities, and Cali, Colombia, is no exception.

Modern Cali is one of the largest cities in Colombia, second only to Bogota and Medellin in terms of population. Recently, the city has been actively developing. But at the same time, this city is a bone of contention for drug cartels. Unfortunately, there are many of them here, thanks to the extraction of narcotic raw materials.

The authorities are quite corrupt, so they do practically nothing. That is why you can see a huge number of drug addicts and drug dealers on the street. Such a situation provokes robberies and even murders. So, the crime situation in the city is terrible. For every 100,000 residents of Cali, 83 people are killed here.

Obviously, Cali is not a very safe place to live. Colombia has never had a great reputation and is unlikely to become a tourist destination anytime soon. Nuevo Laredo is a small Mexican town with a population of 350 thousand people. This city has one of the most significant border crossings, through which most Mexican-American trade occurs. Thanks to this, there is a high level of illegal defectors trying to cross the Mexican-American border by hook or crook illegally. It is a reason for increasing the level of crime, the real scourge of which was drugs.

It is a border town known for its turf war. Although the risk of crime in Nuevo Laredo is the biggest at night, crimes such as kidnapping, carjacking, and robbery can also happen at all hours of the day. Since 2006, 60,000 people have been killed in drug-related violence, according to published reports.

If you are going to visit Nuevo Laredo, be sure to stick to well-known and well-populated routes and don’t travel at night. Also, be careful and try not to walk alone; otherwise, you risk your safety. 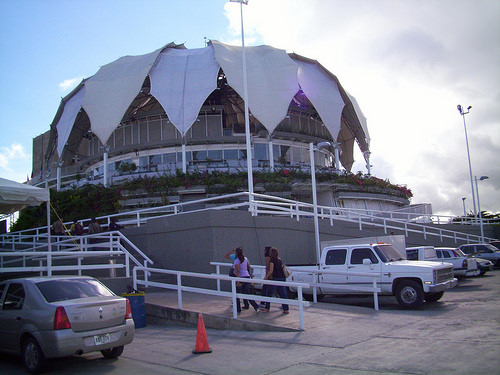 Barquisimeto has just over a million residents, but the city sees murders almost daily. The city is the capital of its region and features a surprisingly high number of universities and other places of higher education.

Despite once being a thriving tourist destination, the area is now so dangerous that many tourists avoid it. There is hardly a day that someone does not die a violent death. Not without reason, in 2011, Venezuela was rightly considered by the UN to be a country with one of the highest crime rates in the South American region.

The two biggest problems of this city are robberies and murders. In Barquisimeto, about 900 people are killed yearly, with a population of 1,211,600. Therefore, guests of the city shouldn’t go outside at night. Furthermore, the global economic crisis has further exacerbated the already criminogenic situation, significantly increasing the number of poor people.

The capital city of Paraíba, João Pessoa, is within easy reach of the land and sea. João Pessoa is the easternmost city in Brazil and is one of the greenest cities in the World. The Brazilian town owes its current name to its governor, Joao Pessoa, who was killed.

That is why you should not go to Pessoa without reason, since the probability of catching a stray bullet is quite high, and the city has a high homicide rate due to the generally violent crime found across Brazil. With 71.59 homicides per 100,000 residents, it’s definitely not one of the best places to visit on your vacation. In addition, this city is “famous” for teenage murders – every third teenager dies before age 19. Tourists are a rarity here, immigrants even more so.

Despite being in some of the most beautiful areas of the world, these cities simply present too much danger for the average traveler. It’s safer to find a place where you aren’t as likely to catch a stray bullet. Are you planning to go to any of these cities? 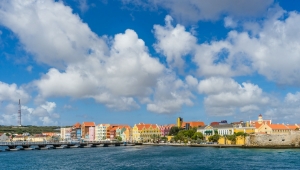 10 Most Enchanting and Colorful Cities in the World