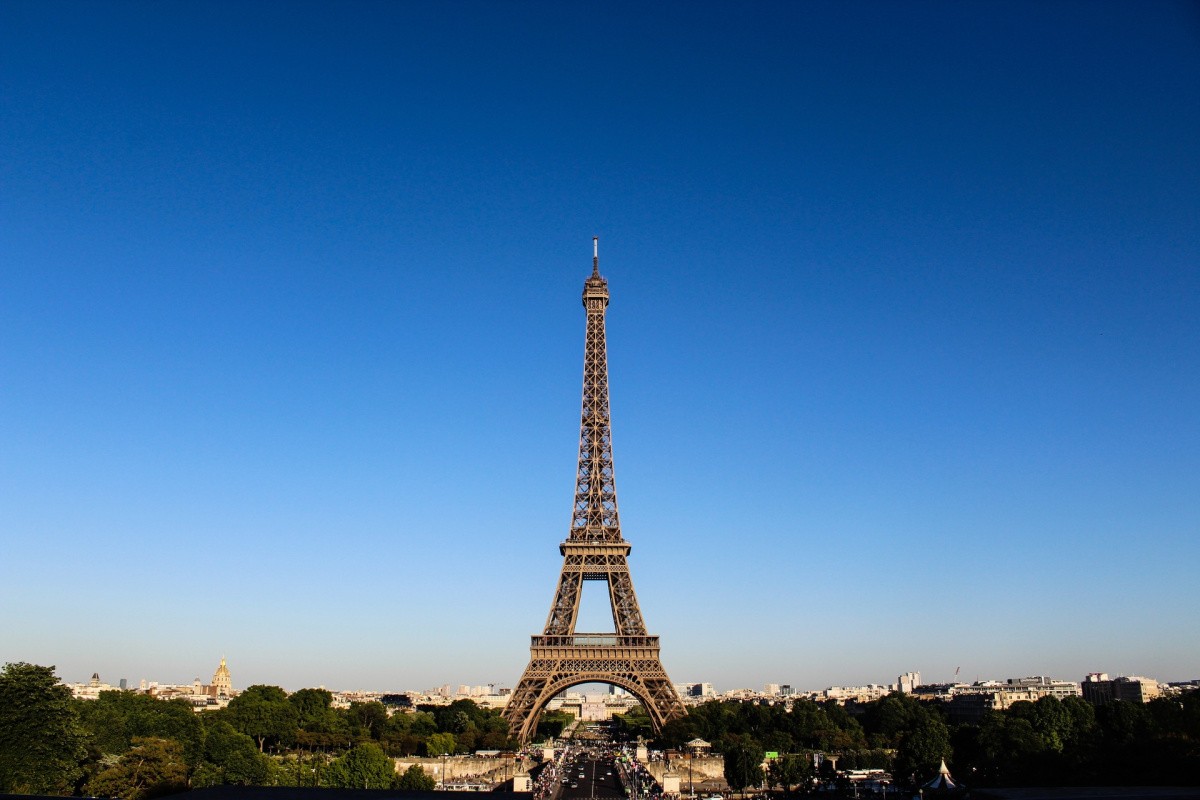 France is one of the world’s most visited countries of historical diversity, elegance, and fine wines! Tourists are attracted by the local cuisine, the beauty of nature, and the warm atmosphere of the cities.

Embrace a sunshine paradise on the French Riviera, enjoy high-brand Parisian fashion and try the highly delicious wines of the vineyards. Relax on Brittany’s beaches, wander lovely lavender fields in Provence, and enjoy a relaxing cruise through picturesque countryside. Everyone wants to visit Paris at least once in their life and get closer to the Eiffel Tower, stroll through the old streets, inhaling the aroma of freshly baked croissants.

Unusual architecture is another advantage of France, which attracts art connoisseurs. They come to see the Louver, Notre Dame, the Palace of Versailles, the landscapes of the Champs Elysees, and other masterpieces that have gained worldwide fame. Therefore, France has a lot of things to see and to do! 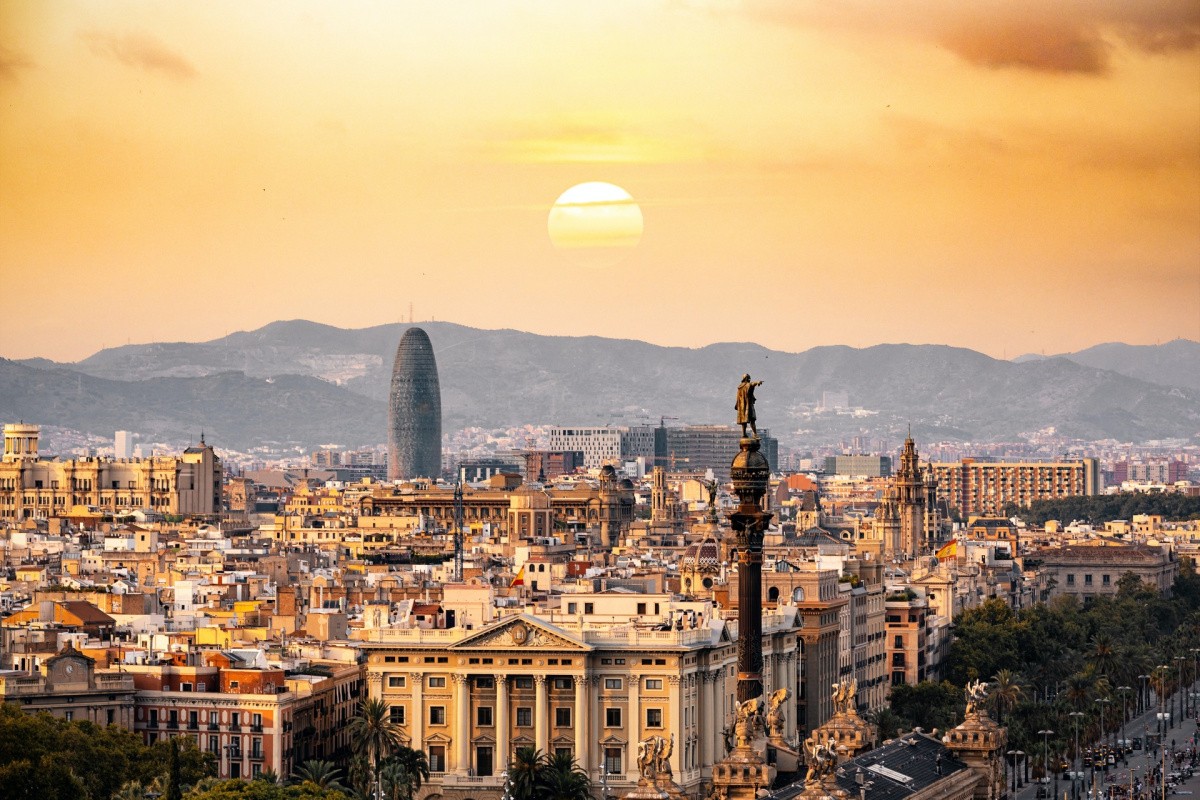 Spain is one of the countries with the most tourists! This one of the top visited countries is the owner of cultural, historical, and natural wealth and has something to surprise her guests.

The impressive Moorish architecture of Granada and Seville welcomes thousands of tourists every year. Learn the rich sporting history of FC Barcelona and Real Madrid and explore the food culture of the country.

Beaches are one of the main attractions of the country. The coasts surrounded by cliffs and pine groves, the clear Mediterranean Sea, and ideal weather all contribute to relaxation and spiritual harmony. Look to the Canary and Balearic Islands, and you will experience some of the world’s wildest parties.

Also, make sure to visit unique Spanish cultural festivals such as the Running of the Bulls in Pamplona. 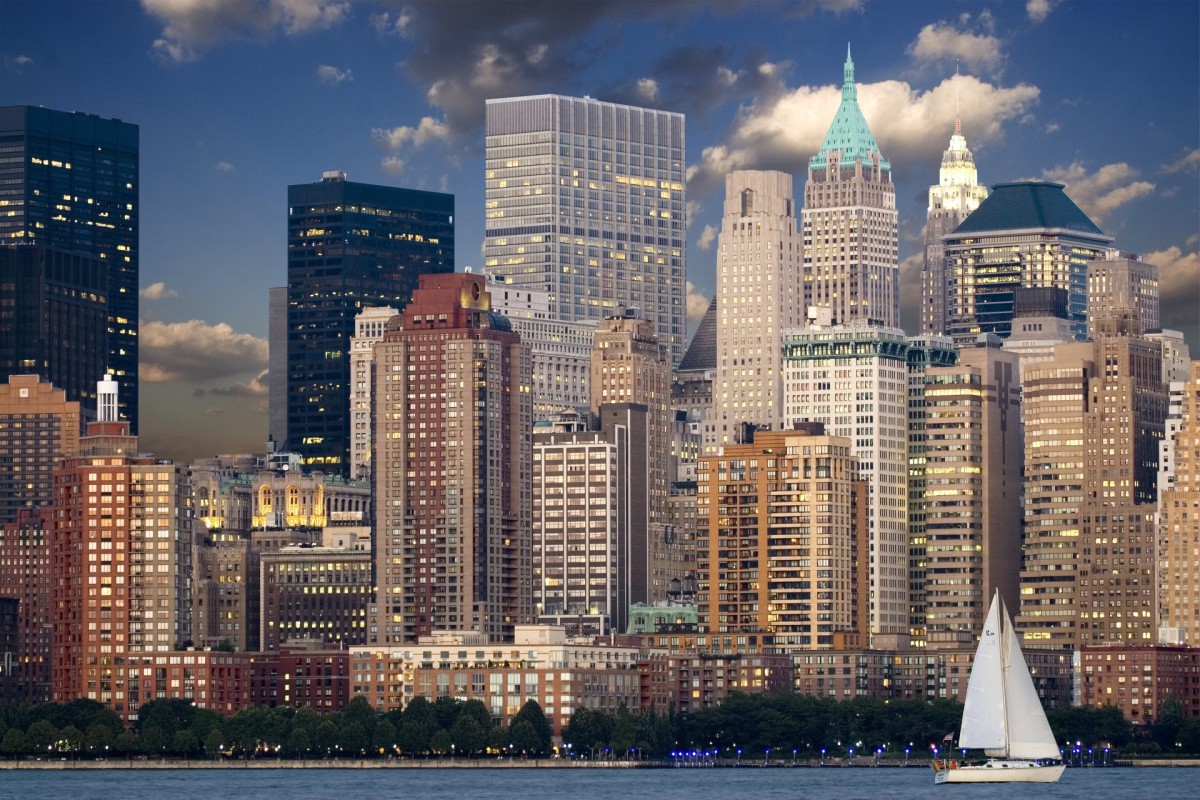 The second top visited country with the most tourists is the USA. Being the center of the Western world, the United States of America has something to offer to everyone. From the warm nights of Los Angeles to Broadway shows and the high-rise skyscrapers of New York City, crossing from West to East is like coming to another country.

In fact, millions of people enjoy a road trip across the USA. Being among the world’s most popular countries for tourists, the USA has plenty of exciting things to see and to do – from a Florida theme park to a beautiful beach on the Gulf of Mexico, from the vast wonderment of the Grand Canyon to exploring the history of the nation in Boston.

The undisputed leaders in terms of tourist flow are such American cities as New York with its skyscrapers and the Statue of Liberty. Washington can boast its abundance of parks and architectural objects, sleepless. Noisy Las Vegas, enchanting with its beauty San Francisco and Los Angeles, where the famous Hollywood district is located, attract tourists from all over the world. 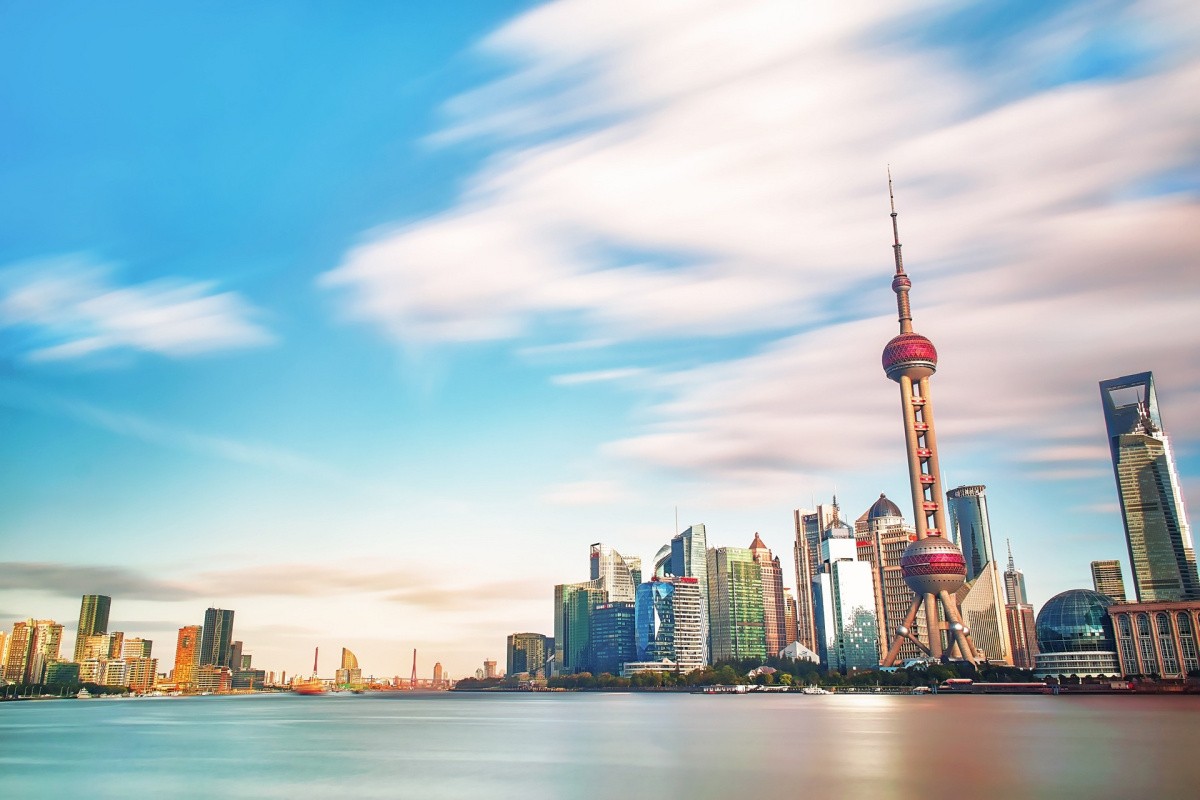 One of the top countries to visit, China leads the world in investment in tourism, and it’s really paying off! Despite its authoritarian government, the country with the most tourists boasts a history dating back to the first century. This one of the top visited countries attracts tourists with its history and unique culture.

The architectural monuments of China are known all over the world. This is the Great Wall of China with a length of more than 21 thousand km, the Forbidden City, built in the 14th century for representatives of imperial power, the largest square in the world, Tiananmen, the Terracotta Army of 8,000 human-sized clay soldiers, and many others.

The most tourist country, China, has a unique nature. The Himalayas and Tibet captivate travelers with their majesty. Many come to the country with most tourists to see pandas and Amur tigers under state protection. And with its fascinating festivals and culture and incredible natural attractions, China is definitely worth a visit.

Must-See in China: the Great Wall of China, Forbidden City, the Himalayas, Tibet, Tiananmen, and the Terracotta Army. 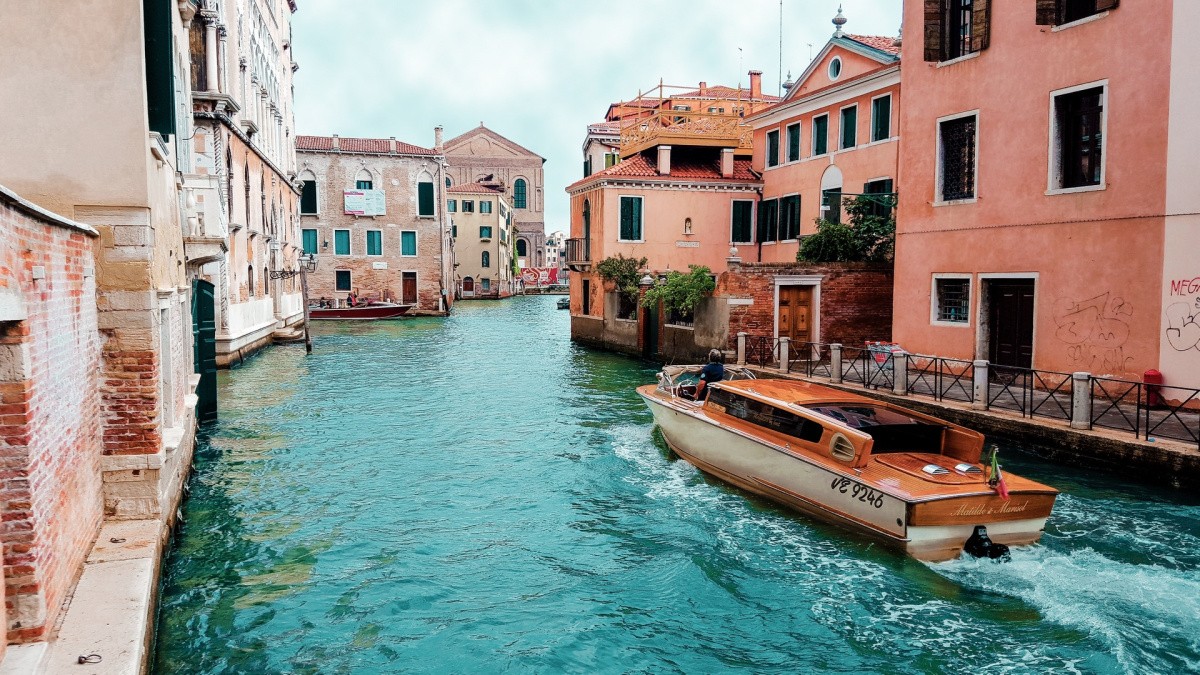 The center of the Roman Empire, Italy is amongst the most visited countries in the world. The alluring atmosphere, the ancient architecture, and many other unique objects constantly attract the attention of tourists.

The architecture of different eras left as a legacy to the Italians has made their homeland one of the most sought-after tourist destinations. That is why millions of tourists from all over the world flock here to admire the Roman Colosseum, take pictures near the Leaning Tower of Pisa, and tour the waterways of Venice.

No less impressive is the nature of the country for tourists. Its lands are adorned with Tuscany hills, alpine meadows, olive groves, cypress alleys, and vineyards. From snow-covered slopes for winter sports to incredible beaches for the summer and numerous beautiful lakes, Italy has something to offer for everyone. 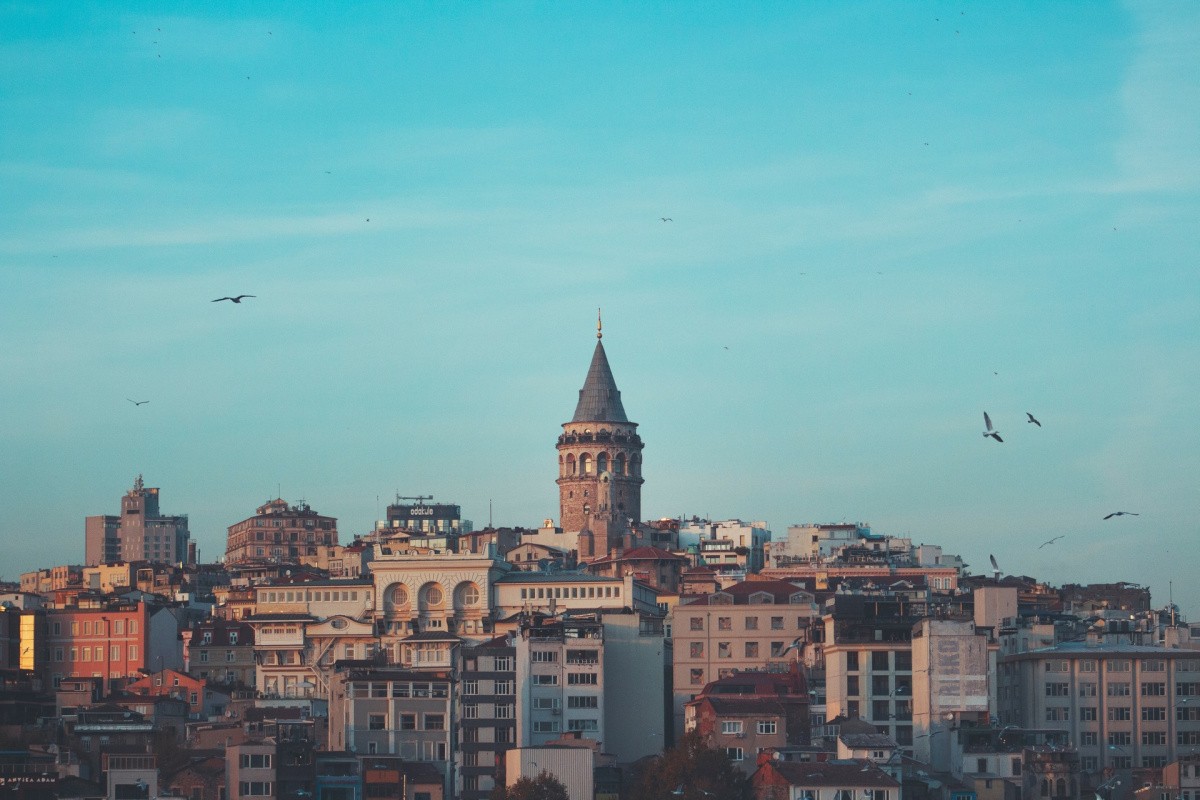 Istanbul is the only city in the world that lies on two continents. With gorgeous beaches, ancient world places, and great food culture, one of the most visited countries in the world, Turkey is well-known for welcoming tourists.

Taste some delicious Turkish coffee in the small and cozy cafes of Istanbul, or visit places like the Grotto of St. Peter in Antakya (Antioch), where Saint Peter the Apostle preached to a congregation. A stay in Turkey becomes unforgettable after devoting time to visiting beautiful mosques, cathedrals, and palaces, walking through the cave cities of Cappadocia, exploring the ancient Side, and visiting Duden waterfalls and other attractions.

Most tourists visit this country to enjoy a beach holiday in a country with developed tourist infrastructure. Shopping, water parks, boat trips, performances, bright nightlife, and much more Turkey offers to its guests. 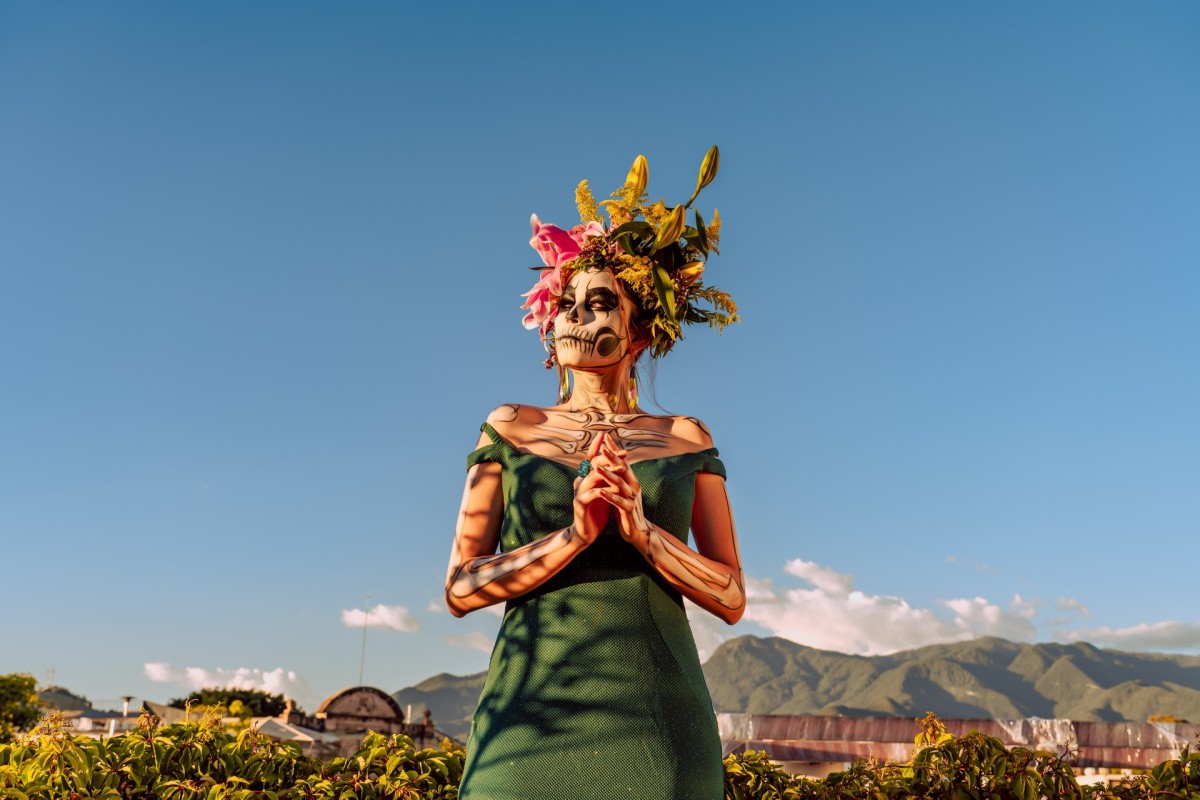 Being considered one of the most visited countries in the world, Mexico is a true tropical paradise. Residents bribe guests with their simplicity, love of life, and a tendency to believe in the other world.

With a completely developed tourism industry in such centers as Cancun and Puerto Vallarta, you can wade through breathtaking jungles searching for colorful, exotic birds or scuba diving in warm waters.

The history of the country with most tourists is fascinating! With the Spanish and Mayan heritage, there is some secret beauty in its landscapes. Mexico has also become one of the most visited countries in the world due to its fledgling medical tourism industry in the cities such as Guadalajara.

Another considerable reason for traveling to the country with most tourists is the endless holidays and festivals. The most famous Mexican holiday is the Day of the Dead on November 1, a tribute to the memory of departed ancestors and, at the same time, an ode to life, beauty and optimism. 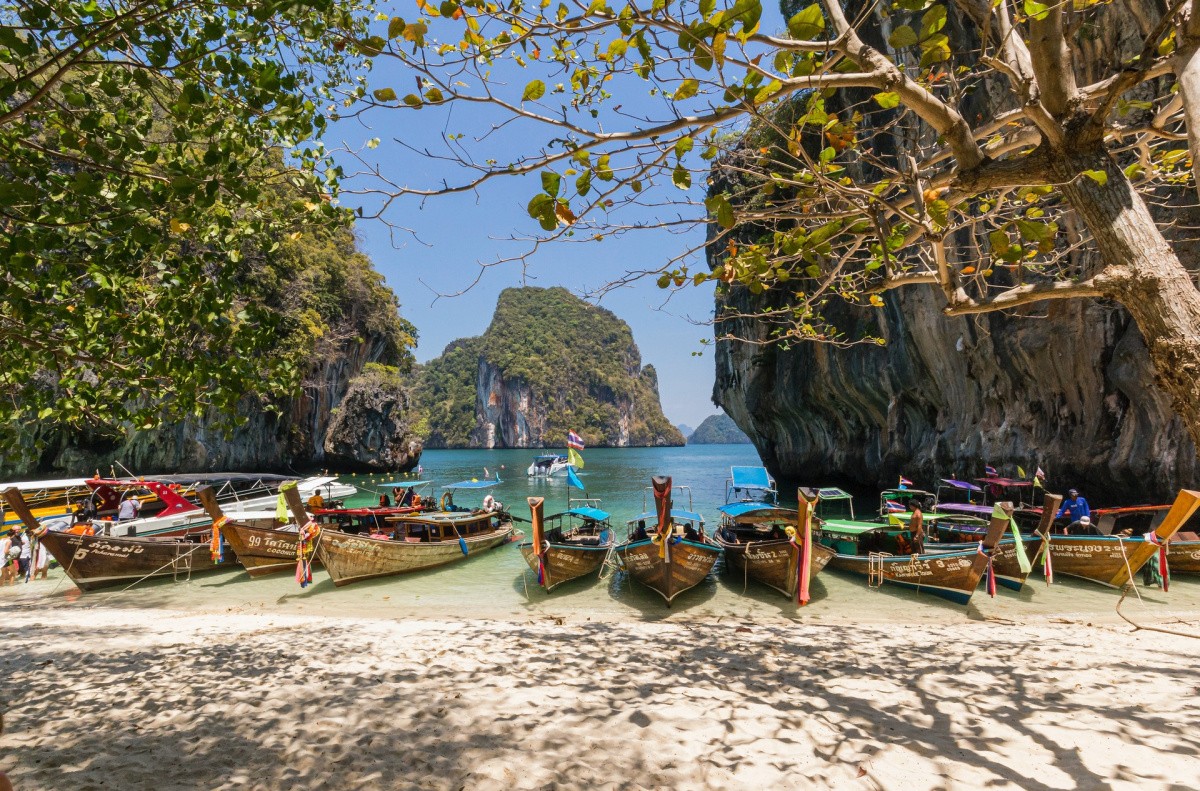 Thailand is also included in the list of the top most visited countries in the world. Natural resources of rare beauty, exotic cuisine, and local flavor make tourists repeatedly come to Thailand.

The sights of this one of the tourist countries attract a huge number of tourists from all over the world. The magnificent temples of Thailand amaze the imagination with their scope, colors, and grandeur. Travelers pay special attention to Buddhist temples: Golden Buddha, Emerald Buddha, Morning Dawn, etc. The palaces of Thailand deserve special attention. The Grand Palace in Bangkok, the Vimanmek Wooden Palace, and the Bang Pa-In Palace in Ayutthaya are not only magnificent examples of Thai architecture but also a “must-see” within the entire country.

The beaches of Thailand attract tourists from all over the world: ideal landscapes – the sea, palm trees, and sand – become the backdrop for a variety of activities here. During the day, you can idly sunbathe on the coast, interrupted by diving, windsurfing, and Thai massage. 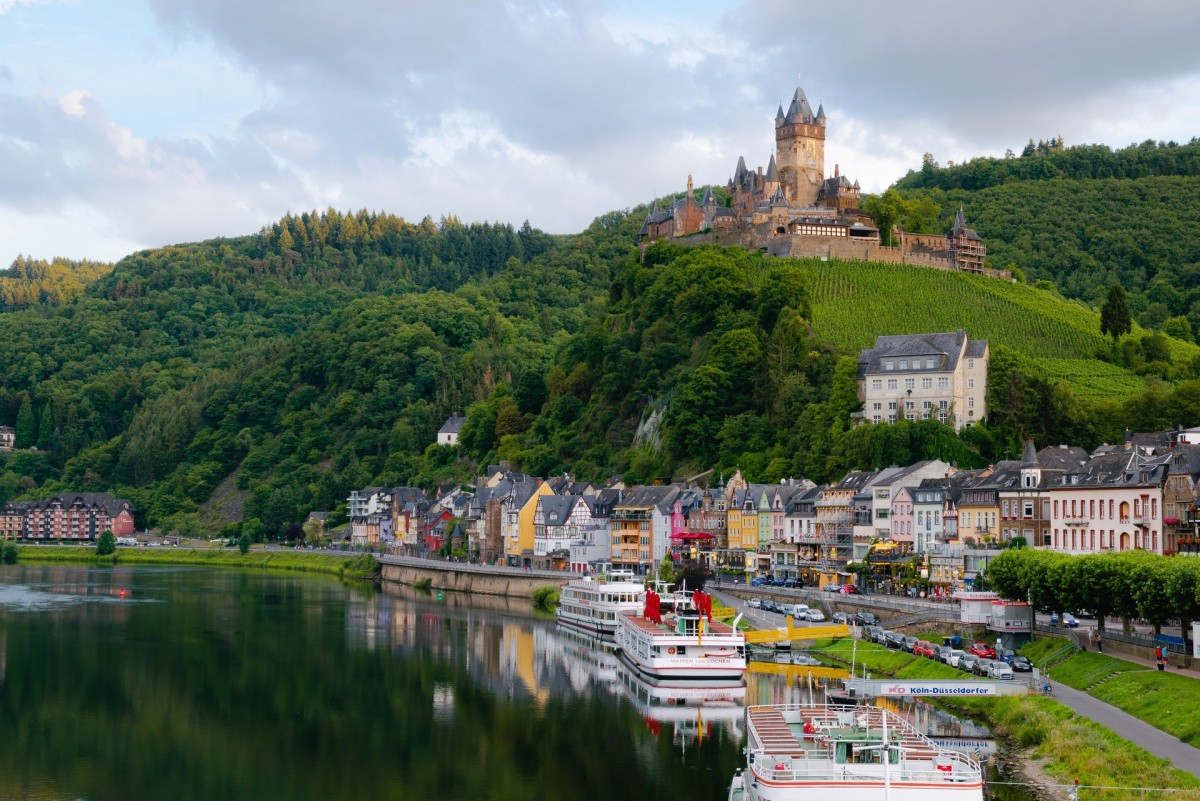 I think Germany has the most difficult history. Just think, after becoming a united country under Otto von Bismarck in the late nineteenth century, it was devastated economically and physically by war. But now it’s one of the most beautiful and top visited countries in the world!

Bavaria, Hamburg, Bremen, Pomerania, Lower Saxony, and other regions, being independent units in the past, have retained their cultural traditions and unique appearance, so visiting each one fills the trip with new impressions. In addition, visit such amazing places as the German Reichstag in Berlin with its modern glass dome and stunning Rhineland castles.

One of the symbols of Germany is the Brandenburg Gate. All the key museums of the city are located on the Museum Island of Berlin: the Old Museum, the National Gallery, and Pergamon. The Berlin Zoo is considered the largest in the world.

Natural attractions in Germany are also worthy of attention: mountains, including the Zugspitze mountain range, lakes, numerous Baltic islands, and nature parks. The mighty rivers and the breathtaking natural attractions of the Black Forest are a charm for outdoor lovers. This one of the most touristic countries has a great sporting heritage, with such teams as Bayern Munich being known all around Europe.

Must-See in Germany: the Brandenburg Gate, the Old Museum, the National Gallery, Pergamon, the Berlin Zoo, the Zugspitze mountain range, and the Black Forest. 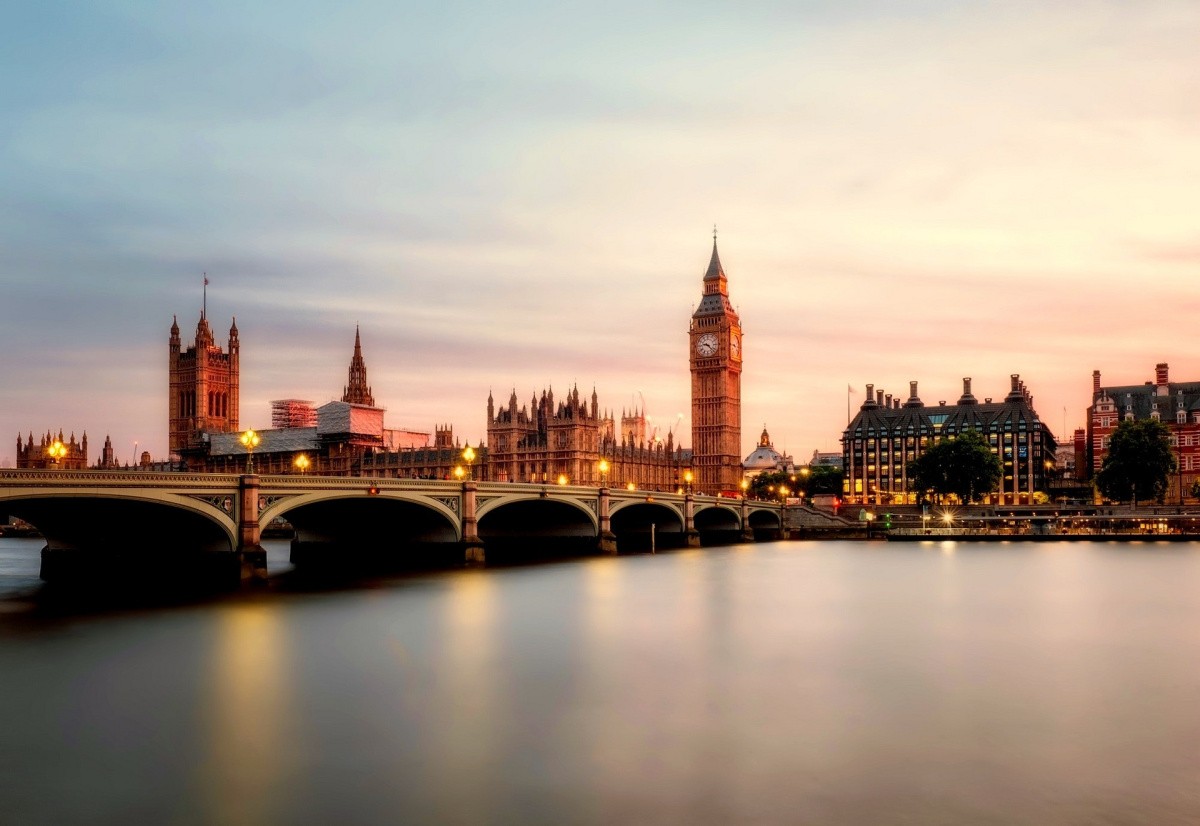 Many tourists say that Great Britain is a beautiful country to visit. The country, which has a rich cultural and historical heritage, attracts many tourists from all over the world.

The center of this nation, London, is a cultural place with large immigrant communities bringing a fantastic twist to the traditional tourist attractions such as Big Ben and the Tower of London. Guests of the kingdom also strive to visit Trafalgar Square, view London from the 135-meter height of the London Eye, and visit Stonehenge, the origin of which still occupies the minds of scientists.

Enjoy a holiday cottage in the Welsh Valleys, gaze at the picturesque landscape of the Scottish Highlands, and visit stunning sandy beaches on the East Coast or chocolate box villages in the Cotswolds. There are plenty of amazing things to do!

Must-See in Great Britain: Big Ben, the Tower of London, the London Eye, Stonehenge, and the Welsh Valleys.

Below, we have compiled a list of the most exciting questions about the world’s most visited countries:

What’s the most visited country in the world?

France is the most visited country in the world. Firstly, the French capital is beautiful for foreign tourists. This city is considered the center of romance and attracts by stunning architecture, the famous Louver, and the Eiffel Tower. Secondly, many tourists come here to get a chance to taste French cuisine. And finally, in France, everyone can find something for themselves, whether they want to enjoy the beaches, relax in the rural provinces, or see the French castles and enjoy the culture of France.

What is the #1 tourist destination?

The Eiffel Tower is the #1 tourist destination and the most recognizable place of interest in the world. The tourists are welcome to enjoy lunch and look at the tower from the Champ de Mars.

What is the most popular country for vacation?

Thailand is the most popular country for vacation. This country can boast exotic, picturesque views, hot sun, clean beaches, and soft waves. All travelers will find entertainment to their taste. Here they can get everything at once: get acquainted with a new culture and visit exciting excursions to local attractions, admire nature, the beauty of which is simply breathtaking, relax on paradise beaches and enjoy Asian cuisine.
Share on Facebook Share on Twitter
Tags: most visited countries