Due to its geographic position to the Arctic Circle, daylight last for almost the entire day, only hitting twilight around 1am to 3am when the sun is the closest to the horizon. The long hours of the day may be hard to adjust to if you were a permanent resident, but for a holiday experience, it adds to the fulfillment of each day.

Additionally, many of the airlines close their flights to Iceland during the winter months, making it far more accessible during the summer months.

Iceland offers tourist a unique, jaw-dropping experience during the summer months with many of attractions, such as glacier hiking, The Blue Lagoon (world renowned outdoor naturally heated pool), some of the best whale watching in the world and ice climbing for those who have an unquenchable thirst for active sightseeing.

Iceland is a country with very few inhabitants compared to other European countries, which leads to a tranquil experience of the countryside and sights. The Icelandic people are a warm, helpful people despite their sometimes rough first impression.

The majestic land is home to active volcanoes (which give warmth to the Blue Lagoon pools) and you can take an airplane or helicopter trip to see them from the sky. The roads are open during summertime making many of the natural attractions accessible by car or other land vehicles. 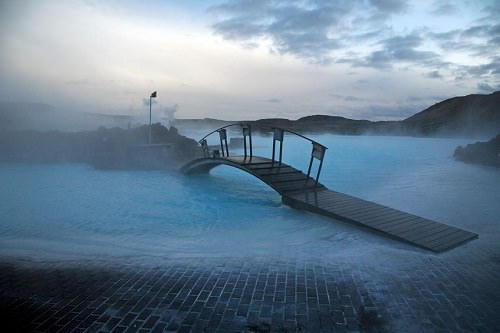 For anglers, Iceland is a fishing paradise. The country’s water boasts giant brown trout, Atlantic salmon and Arctic Char. The fishing intensifies around the summer months as the water warms and the fish become more active.

There are various fishing guides that can take you on a fishing trip to the best fishing holes known only by the locals. As with many countries, a fishing license is required to fish the waters which can be acquired ahead of your trip.

The capital city of Reykjavík

The capital city of Reykjavík has a thriving music and art culture that comes into full swing during the summertime. The majority of museums are open to the public during the summer months to take advantage of the increase in traffic as people from all over the world come to visit the country.

For three weeks in June, the famous Reykjavík Arts Festival comes to the town. It is host to various events such as opera, music concerts, dancing and other theater productions which showcase the Scandinavian and Icelandic cultures.

As a result of the strong fishing tradition of the country and the surge of fishing activity during summer, the freshest seafood is served at the local restaurants which take advantage of all the tasty sea life found in the nearby waters surrounding the island.

Once a year, during June, in a small village outside of Reykjavík, people gather to take part in the Viking Festival. The “Viking” village started the festival in 1995 and has continued the event annually ever since. Iceland was first inhabited by Vikings and this festival honors that heritage.

There is a saying in Iceland which says that if you don’t like the weather, then all you have to do is wait five minutes. The position of the country opens it up to rapid changes in weather patterns. It is generally mild in the summer, offering residents temperatures around 15-25°C. There is a variety of national parks that one can visit during a summer trip to Iceland.

One of the nature reserves, named Þingvellir National Park (pronounced Thingvellir), is a UNESCO World Heritage site. It is just east of Reykjavík. What makes Þingvellir so spectacular is the fact that it sits on a major interception of two tectonic plates, the European and North American, giving the terrain a unique appeal.

There are buses available that take tourists to the park as well as other parks on a daily basis during the summer months. There is over 80 species of birds that can be found in Iceland depending on the time of year along with minks (which are relatively new to Iceland) and foxes which roam the mountain slopes in search of a meal.

The Best Times of Year to Visit Bali 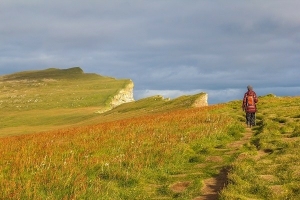 3 Reasons Látrabjarg Is a Destination for Everyone