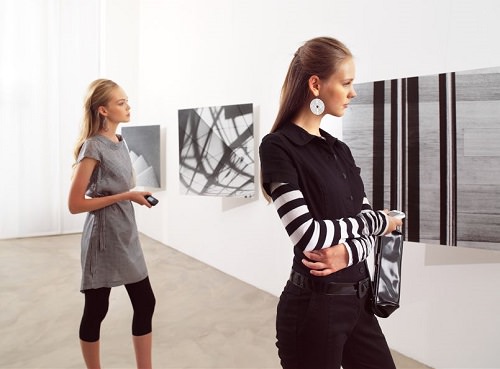 As any parent knows, children often pass through a phase of harmless fascination with bodily functions. Most humans eventually transcend this developmental stage. However, some people never lose interest in normal human processes such as excreting, menstruating and reproducing. What started as an unorthodox interest for these quirky folk occasionally grows into a collection. More rarely, the collection expands into…that’s right, a fully-fledged museum open to the public.

If you’ve been wondering what to do with your unconventional art or science collection, why not start your own museum? For the rest of you, a visit to one of the offbeat museums below may be all that’s needed to satisfy the urge to view sewer paraphernalia or fossilized animal genitalia. Read on to learn about some of the world’s finest museums of their kind.

No trip to India is complete without a visit to New Delhi’s Museum of Toilets. This museum was masterminded by Dr. Bindeshwar Pathak, who is also the founder of Sulabh International Social Service Organisation, an NGO that promotes sanitation and works to end social discrimination. According to the Museum’s website at sulabhtoiletmuseum.org, Dr. Pathak mused over the concept of a Museum of Toilets for a long time before putting the idea into practice, making a “hectic worldwide search for minutest details of the evolution of toilets.”

Between the hours of 10 a.m. and 5 p.m., Monday through Saturday, you can stroll among Dr. Pathak’s international collection of toilets, which ranges in diversity from a French commode cunningly disguised as a bookshelf to a 20th century “microwave-toilet”, which somehow never gained popularity.

On the same note, Barney Smith’s Toilet Seat Art Museum deserves a mention. Next time you’re in San Antonio, Texas, ring up the owner and artist to ask if you can stop by. Octogenarian Barney Smith displays his toilet seat collection in his garage, and the objets d’art run the gamut from a September 11 Tribute toilet seat to whimsical pieces decorated with appliance handles, deer antlers and license plates. In 2002, Roadside America ran a story profiling Mr Smith. Among interviewer Greg Brown’s personal favorite toilet seats was “the one containing a genuine marijuana leaf.” The seat, according to Brown, is signed on the back by the San Antonio Police Chief, authorizing the inclusion of the forbidden fruit for “educational purposes.”

Toilets are all very well, but if you’re more curious about the substances toilets were designed to receive (and who wouldn’t be?), you won’t want to miss the impressively-named William P. Didusch Museum of the American Urological Association. Located on North Charles St. in Baltimore, Maryland, the museum houses vast numbers of cystoscopes, resectoscopes, and laparoscopes, not to mention catheters and lithotriptors. No idea what those might be? After a trip to the Urological museum, you’ll be an expert. Weekday admission during the hours of 10 a.m. to 4 p.m. is free, but you may want to call ahead to verify availability of a tour guide. 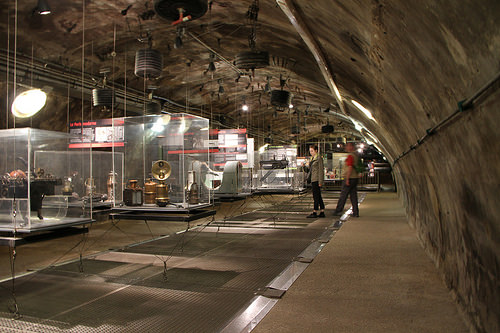 But what happens to urine once it leaves the cosy confines of a toilet? To answer this question, you’ll have to explore the sewers of Paris. Fortunately, others of like minds have anticipated this need, and the Musée des Egouts de Paris or “Raw Sewage Museum” welcomes your business from 11 a.m. to 4 or 5 p.m., Saturday to Wednesday, during most of the year. Admission will run you between 2 and 4 euros. The free guided tour lasts about an hour and a half, and will leave you well-versed about historical artifacts such as “flushing boats” and “cleaning balls.”

Leaving urine and feces behind, Iceland offers a change of topic with its one-of-a-kind Icelandic Phallological Museum. Phallology, according to the museum website at phallus.is, is an “ancient science which, until recent years, has received very little attention in Iceland, except as a borderline field of study.” This deplorable state of lack was ended when the Phallological Museum opened its doors in Reykjavik in August 1997.

“It is finally possible for individuals to undertake serious study into the field of phallology in an organized, scientific fashion,” rejoices museum founder Sigurdur Hjartarson, who reports that his collection started with a single bull’s penis and now contains over 200 penises and penile parts. The specimens are taken from many of land and sea mammals native to Iceland, including one belonging to a “rogue polar bear,” and from other parts of the world. Sadly, there are no documented reports of a similar permanent museum for female genitalia. 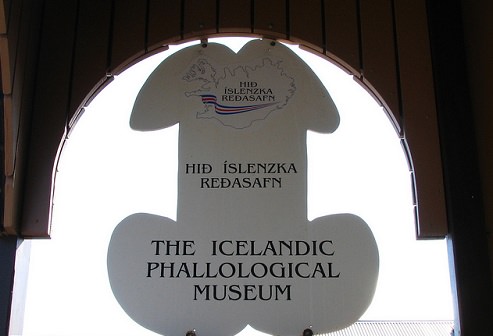 While high-quality permanent museums dedicated to natural functions are still thin on the ground, temporary exhibits are more common. Keep your eyes open for fly-by-nights such as the Japanese Special Exhibit at the Himeji City Museum of Literature, which featured paper made from elephant dung, heart-shaped boxes containing feces from zebras and hippos, and children’s books starring characters like the lovable “Poop Professor.” The Himeji City Museum says they have no plans as yet to repeat the exhibit.

More: 7 Best Museums You Should Visit in New York

However, if your taste runs more to saliva than poop, you’ll want to keep tabs on Your Spitting Image, a traveling exhibit presented by the National Museum of Dentistry. Hands-on experiments and interactive technology allow you to step into the shoes of a forensic investigator, explore the scientific composition of saliva, and learn everything your mother never told you about how bioengineers grow teeth. While not as naughty as some of the other exhibits mentioned above, Your Spitting Image has plenty of room for giggles as well as practical learning.

As you now know, museum exhibits don’t have to be stuffy or conventional. Whether you view bodily functions through the lens of art, science or history, there seems to be no topic too indelicate for public consumption. Next time you’re road-tripping across the United States, touring the capital cities of Europe, or doing a home-exchange in Iceland, plan at least one jaunt to a museum of questionable taste. You’ll come home with unforgettable stories,and a whole new appreciation for museums. Have you ever visited any of these museums?

10 Awesome Things to Do in London