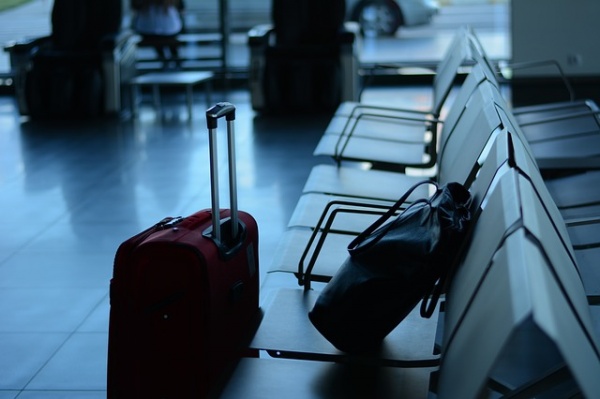 When I returned to the detainment center after the third and final interview (that again reviewed every component of the 5W1H series), I curled up on a bench and just hid my face.

The struggle not to cry was real. An older, kinder officer checked in on me from time-to-time, asking if I needed coffee, if I was okay, or if I wanted food. I did not budge for a few hours because I was awaiting my sentence.

Next thing I knew, I was being wakened up then lead back out into the common room. A paper explaining why I was not an approved visitor of the UK was handed over to me. Though I acted like I read it, I was more concerned about what I was being told.

“We could not get you a return flight tonight. So I booked you a flight tomorrow morning to JFK.”

The Immigration Officer serving my judgment looked at me unconvinced. It was the older gentleman that spoke up for me, vouching for the location of my main airport. Then, he went on to say how I should stay with them for the night because I opted to go to the “camp,” it was 3 hours outside of the airport. About the time I got there, I would have to come right back.

After telling the officer I needed to call my friend in London, the other guards in the room were nice enough to let me use their phones because mine was not functioning. I sadly explained to my friend what happened, and how nothing could be changed now.

More: The Unedited Story of My Detainment and Deportation Part 1

Through the night, other people came and left. I shifted between periods of wakefulness and sleep. At one point, the guard came in and asked to make me porridge. He was deeply concerned about my overall lack of coloring and lightheadedness. Grateful for the kindness, I went back to my bench, ate my food, then passed out again.

It was 6:00 AM in the morning when woke to another man being seated down. Remembering that my flight was at 8:00 AM, I folded the blanket I had been given, threw out the remnants of my porridge, then entered a room full of Immigration Officers. They greeted me with much kinder questions of how I was feeling if I need anything, or how they could help me prepare.

I was allowed to get a shower, eat a croissant, then brush my teeth before getting “escorted” to the terminal. These guards expressed condolences for this happening as I and the other detainee entered the airplane bound for Lisbon.

Upon my arrival in Lisbon, I was met by a Portuguese Immigration Officer who handed me my passport and other travel credentials with the question, “So what happened to you? Brexit?”

The three of us walked to the main office. The other detainee was allowed to leave then, but I opted to discuss the harsh reality of dozens of Americans getting turned away from the UK Border.

“You will not believe how many Americans the UK turns away – and for stupid reasons,” remarked one Portuguese officer. “It happens so often.”

I told them the details of why I was rejected: no return ticket, supposedly no lodgings or a thought out plan of stay. There was a unanimous reaction of apologetically shaking heads.

“Maybe I should have just come to Portugal instead,” I said.

“We would never turn you away,” the officer answered.

The Portuguese Immigration Officers bid me farewell. The final leg of the trip brought me to an airport I have never been to. I wound up telling many people about the disastrous trip – a Latin information worker at the airport who responded with a hearty bout of swearing, a Pakistani shuttle bus driver who was flustered and asked if it was spite for the travel ban and so many others. No one could fathom up a reason for the detainment.

More: Why Riding a Shinkansen in Japan Is So Worth It

In fact, even when I searched the Internet for some enlightenment, I found nothing reputable to provide closure. For that reason, I decided to write my personal account of detainment. I know it is nothing close to what others have gone through, but I know how it made me feel – like I was guilty until proven innocent. Like a prisoner.

Though I understand why restrictions are made, no one should have to go through detainment and deportation solely when they want to travel and learn about the world.

So be careful. You might think restrictions do not apply to you, or that you will not be affected. If it happened to me, it can happen to you.

The Unedited Story of My Detainment and Deportatio...

10 Amazing Restaurants Worth Visiting in Washingto... 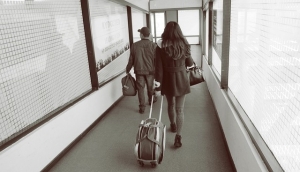 The Unedited Story of My Detainment and Deportation Part 1 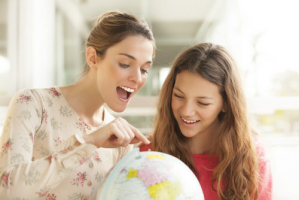