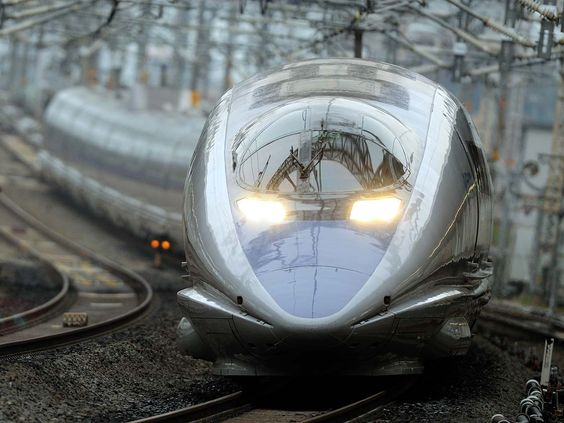 One of the most quintessential images of Japan is where you see the bullet train, known as the shinkansen, whizzing by Mt. Fuji on a crystal clear day. When I first saw the shinkansen, it was in a blink. The aerodynamic nose and compact cars were just a streak. One moment it was gone, with just blades of grass dancing in the breeze. What I got for my money was a whole lot more than convenient travel and great views from the window.

In 2014, the shinkansen celebrated 50 years of service. The first line opened up between Tokyo and Osaka in 1964 and had a top speed of 210 km/h (130 mph). Presently, the swiftest bullet train reaches 320 km/h (200 mph). For more than 50 years now, the shinkansen have operated without a single passenger casualty.

The average delay is just as impressive – 36 seconds. I mean, when you shuttle around 1 million people around daily, being late just is not an option. This fantastic track record is a testament of a couple of things found throughout Japanese culture: reliability, responsibility, and diligence.

It is a miracle

For all the engineers and railroad staff involved in maintaining the stations, track, and shinkansen internal systems, to not have one slip-up is more than impressive. It is a miracle. For example, there has never been a time when a shinkansen’s earthquake detectors did not pick up the seismic waves. No, the trains have always stopped without issue.

In terms of comfort, the leg space, cushioned seating, and interior lighting puts airlines to shame. Not only do you get to where you need to go in record-breaking time, you can enjoy tremendous leg room, electrical outlets in some cars, free wi-fi, food and drink, vending machines, smoking areas, and pleasant climate control.

You rarely feel the vibration of the rails underneath, which is attributed to the sleek design and “lean” technology. Like a roller-coaster that pitches to the side for centripetal forces, the shinkansen does the same to smooth out the ride.

More: Your Guide to Visiting Bunny Island in Japan Like a Local

The variety of lines

Like any railway network in Japan, the shinkansen lines cover most of the islands in a way that makes traversing the distances much more convenient and timely. Here is a list of the current lines and where they go:

Having the idea in my mind that I wanted to Nagoya on the same day I arrived, I got up early, around 6:00, packed up my things, and got to Shinagawa station around 9:30. The process for purchasing a ticket was fairly easy.

About the time I boarded the Nozomi train, most people had found their seats. The first empty one I found was next to a kind looking older woman. I asked her if it was okay to sit there, then happily occupied the seat when she gave permission. Moments later, the train turned on, there was a brief announcement and “thank you for using the Nozomi line,” and we were off.

For the first 30 minutes, I watched the staff move up and down the aisles, offering fresh drinks and bento lunch boxes, newspapers, and other forms of aid. The hot drinks were 300 yen a piece, and the lunches were 800-1000 yen. I noticed, however, that most people had opted to bring their own food and beverages onboard.

Then as the train emerged from a dark tunnel, I happened to glance out the window to where Mt. Fuji was rising above green plains. The mountaintop was veiled by a halo gossamer clouds, and unlike when I had done the climb in August, there was now snow halfway down the mountain. The woman next to me points to the mountain and says, “Last time I rode the shinkansen, you could see Fuji clear as day. Isn’t it beautiful?”

This opened us up to a long conversation about how convenient the bullet trains are for travel, and she happily told me about locations worth seeing in Kyoto, Nara, and Osaka. One by one, the destinations were checked off. The landscape changed drastically, from rural, terraced rice paddies to plains to urbanized zones and back to farmland.

I was lulled to sleep for about an hour by the gentle swaying of the shinkansen and pleasant silent in the train car. When I awoke, we were approaching Nagoya, my destination. I checked my phone to learn that we were right on time, despite having departed from Tokyo a few minutes behind schedule.

Amazing, I thought. Look at how much time I had saved, the sights I saw, and the comfort I had throughout the entire ride. The shinkansen is such a worthwhile experience, and I will definitely be riding again.

The Pros and Cons of Traveling to a Dictatorship 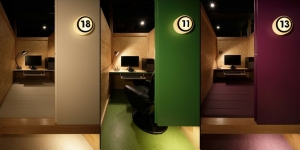 Here Is Why You Should Spend This Christmas in Japan 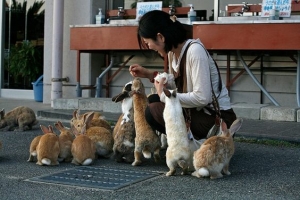 Your Guide to Visiting Bunny Island in Japan Like a Local