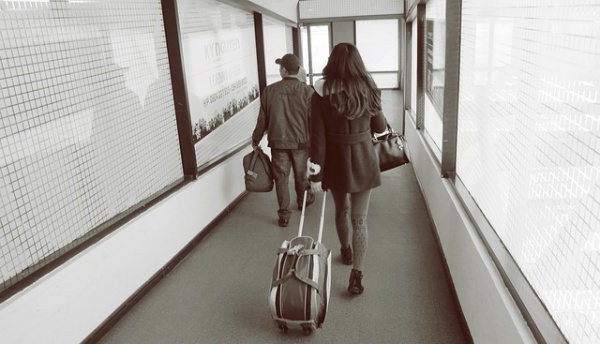 The plans were made several months in advance; but it was a friend who finally convinced me to take the plunge – to stay with him for a few months in London, Britain. At the prospect of having a home base for my travels throughout Europe, my head spun excitedly. Before I knew it, I was boarding a plane bound first for Lisbon, Portugal then Heathrow, London at the end of January 2017.

It was January 31st that I took off. I landed in Lisbon, Portugal the next day at 6:00 AM. The airport had just opened up. Stores were still restocking their inventory, and only a few people, all dozing beneath their outside jackets, were at the gates. At this point, I took out my phone to quickly text my friend that I would supposedly be getting through Heathrow customs around noon.

From there, it was an hour train ride to his apartment, where he was anxiously waiting to hand me a plane ticket to Milan, Italy (as I would be joining him and a friend on a 3-day excursion). I emailed my mother the similar news.

Boarding the plane in Lisbon, I started to get this odd nervousness in my stomach. Though London was only 2 hours away, I found myself looking at my passport and the electronic itinerary in my iPad and thinking, “I hope this is okay.”

Next thing I knew, I was disembarking at Heathrow. Groggily, I worked my way down to the UK Border, hit the bathroom, then got all of my information together to show the Immigration Officer. Part of my mind was cycling around Japanese Immigration and all the times I went through those gates. These gates in comparison looked slightly less inviting. I blame the gray tones and huge overhead space.

Heading over to the Immigration Officer, I said an enthusiastic greeting, handed her my customs sheet, and then my passport followed. She scrutinized it for a moment then asked for a more up to date ID picture. Jokingly, I passed her my driver’s license, explaining how I had lost weight since the time of the passport photo.

She glanced at me and the two photos. “You are not wearing glasses in this picture either, so it is hard to tell.”

Immediately, my brain punctuated that statement with hard to tell it is you. Oh, dear.

Another question came: “You want to stay 3 to 6 months. Where is your visa?”

I told her that I had asked via email and consulted the immigration website for the UK about a visitor visa. Supposedly, I had not needed to apply. Still, I told her my plans: I want to do tourist activities and take a few dance classes while I was in the UK and Europe.

“Have you paid for those dance classes?” she asked, gazing pointedly at me.

“No, they are not courses. They are pay-as-you-go. Drop-ins,” I explained. Besides, most of the time the first trial class is free. All I had was the emails of schools I contacted proving this fact, but she did not want to see those.

And so it began – an endless stream of interrogative questions, examining (and by that I mean ripping apart) my personal belongings, contacting my friend, then more investigation into who I was, what my financial situation was like, and why I had not purchased a return ticket.

More: The Pros and Cons of Traveling to a Dictatorship

Honestly, I did not plan on staying in the UK the entire 3 to 6 months. I planned on leaving Europe from elsewhere, like Italy. Despite having clear proof of how much I made, where I would be staying, and an estimated time frame, I was repeatedly told my “proof” was not credible enough.

Finally, after 3 hours of sitting at the UK Border, I was met by another officer who never gave me his name and said, “I need to take you to the detainment room. We’re going to get a better photo of you and some fingerprints.”

Though the hard truth of what was happening had dawned on me instantaneously, I remained positive. “Okay, no problem.”

He asked me again who I was and where I came from, then took a picture. “So, you probably realize we’re not too happy with you,” said the officer, leading me into a stark white room.

In that room, I met two other officers that describe me what I could and could not do – my rights as a human. At this time, I was arrested but not arrested. Looking into the room with several surveillance cameras mounted to the ceiling and rows of uncomfortable office seating, I felt my heart drop. On the far back wall, a picture of Edinburgh, Scotland was peeling off the wall.

At this point, I was stripped of my belongs, save for my wallet. Several questions about food and if I needed anything met my ears, but I merely said I was okay and slid into the waiting room. Another American male was in the room, resting. I took the opposite end of a bench, closed my eyes and fell asleep.

About an hour later, the officer handling my “case” returned for an interview. This interview took over an hour and grilled me again about the details of my stay. Every question that could be asked about my friend and his life, my goals, finances, job history, education, and time spent in Japan came up. I grew miffed several times when upon my explanation was scoffed at or given an eye roll.

Apparently, Immigration does not like it when you decide to be compliant and say, “Look, if it is the lack of a return ticket, I will buy one right now.” Further when I said, “And if you are worried about my finances, then I will stay for a shorter time in the UK.”

More: The Perks of Living in a Net Cafe While Traveling

This back and forth went on for several hours. Questions were repeated again and again. Who are you? Where are you from? State the purpose of your visit. Is he your boyfriend? Why are the dance classes not paid for? Why did you change your mind about the length of stay? You are not explaining yourself well enough.

Somewhere in between this madness, the other American I was sharing the detainment room with got his bad news. Although he had a visa, invested nearly 2000 USD into the trip, and had a clear itinerary of his plans, he was rejected from entry. He, too, did not have a return ticket.

The UK sent him to a detainment camp. His flight was in the morning. Nothing could overturn the decision. This set a dark precedent for what awaited me.

The Unedited Story of My Detainment and Deportatio... 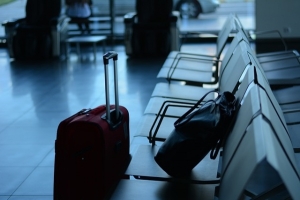 The Unedited Story of My Detainment and Deportation Part 2