When it comes to making memories with that special somebody, choosing where to go might become a conundrum. Luckily, Tokyo has an abundance of attractions for couples to enjoy. Whether it’s your first date or your one hundredth, here are some destinations around the enthralling city of Tokyo that are sure to ignite romance. Amid the hustle and bustle of the Greater Metropolitan area is a reprieve unlike any other. So grab your picnic basket and head to Ueno Park, one of the first public parks in Japan. This amazingly romantic attraction is one of the most popular parks in Tokyo. It is one of the five parks that were the first to appear in Japan after the Meiji Restoration. Opened in 1868, today, it is one of the oldest parks in the country.

Locals and tourists love this romantic park for its beautiful landscapes and peaceful atmosphere where they can just walk around aimlessly. According to residents, the park is one of the best places in the city where you can enjoy the breathtaking spectacle of cherry blossoms. The ritual of admiring flowering trees is called Hanami. Thousands of people come here to have picnics and parties. In the evening, lanterns are hung on the trees. Ikebukuro is known for its shops, restaurants, and entertainment venues. Department stores and stores of Seibu and Tobu companies, the largest in Japan, are scattered throughout Shinjuku. An extensive entertainment and shopping center in Sunshine City is within walking distance from the station.

Sunshine city will amaze you with its size and choice of goods. The main draws are the aquarium, planetarium, and the Sunshine 60 observation deck for couples. If you are both children at heart, there is also a Pokemon Center and Namja Town, an indoor theme park that has a couple of rides and Showa period-inspired food stalls. This complex also includes the Museum of the Ancient East, an aquarium, a planetarium, the Prince Hotel, an indoor Namco amusement park, a convention center, and a theater. 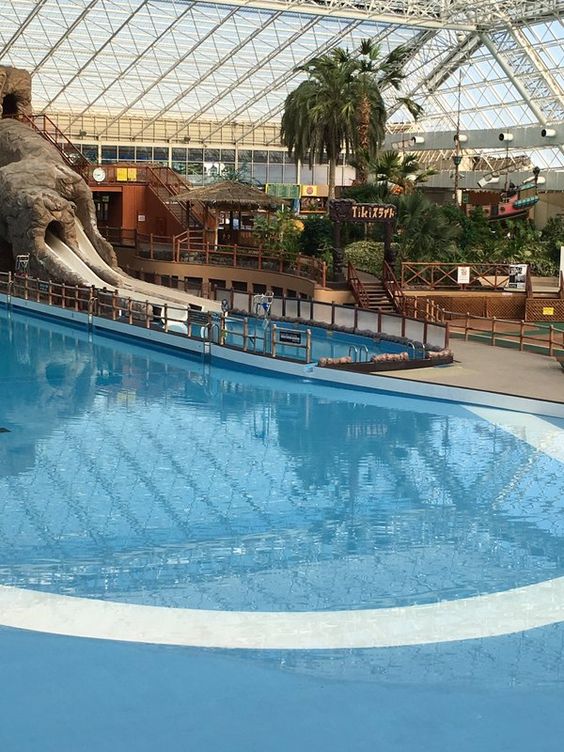 Looking to beat the heat together without taking the laborious ride to the seaside? Tokyo Summerland is an epic water park with dozens of waterfalls, lazy rivers, and slides. It truly is a place for honest fun and memory-making.

The only negative about Summerland is that you can’t enter if you are tattooed. This attraction is also overcrowded. That’s why the best time for visiting is on weekdays or off-season.

But in general, this amazing attraction is a great place to relax for couples, whether you like an active rest or just soaking up the sun. 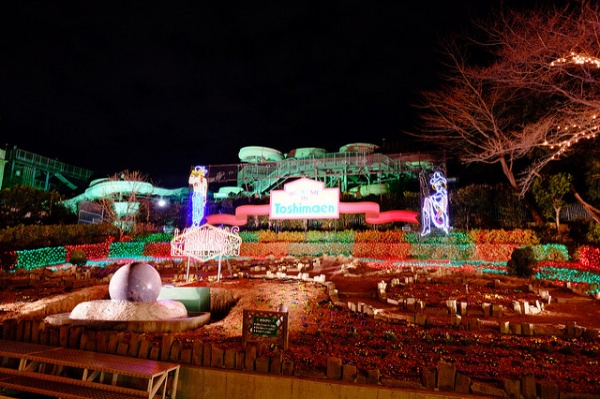 Similar to #3 on this list is Toshimaen, located in pleasant Nerima-ku. Toshimaen Amusement Park is one of the largest theme parks in Japan.

The amusement park has more than 30 attractions. This park includes everything from an exciting roller coaster to a simple carousel. In addition, the park has a water park with six different pools and 31 water slides, the largest of which reaches 22 meters in height and 195 meters in length.

Though small, Toshimaen has a lot to offer, like delicious food, a spa, water rides, a bug garden (beetles, beetles everywhere), a BBQ terrace in the summer, and an ice skating rink in the winter. There are also many shops and restaurants available to visitors to the park. Stores and gardens are called SOLAMACHI to encircle the base of the structure. On the tower’s 1st, 5th, and 348th floors, there are stores with limited edition goodies that can become lovely souvenirs of your visit.

First of all, the tourists are attracted by the observation decks of the “Heavenly Tree”, which offer stunning views of the city. The first site is located at an altitude of 350 meters, and the second is at 450 meters, which is also an absolute record. These are the highest observation decks in Japan and one of the best in the world.

Nighttime is especially scintillating, as you see the city like a glittering river of stars. Perfect for staring longingly at one another while sipping champagne.

6. Inokashira Park and the Ghibli Museum 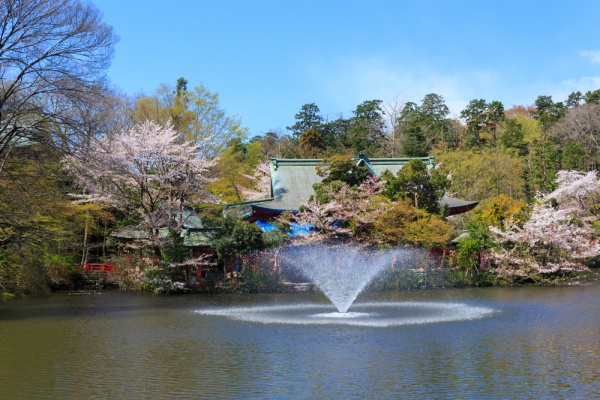 Seeking to recreate the famous Little Mermaid boat ride? Head to Inokashira Park in Mitaka-shi to rent a swan boat. This amazingly romantic park is stunning. The main natural object is Lake Inokashira and the forest around it. According to legend, this area got its name thanks to the 3rd shogun Tokugawa Iemitsu, the ruler who liked to come here for falconry.

Enjoy a stroll through the gardens and mini zoo, then stop at the Peppermint Café for refreshment. What could be better than having a picnic with your loved one to relax under the shade of flowering trees dreaming about a shared future?

The park also houses the famous Studio Ghibli Museum. Afterward, Ghibli Studio fans will be delighted to ride the cat bus at the Ghibli Forest Museum. Studio Ghibli has given the world a ton of animated masterpieces, including My Neighbor Totoro, Spirited Away, and Princess Mononoke. Moreover, it is impossible to imagine modern Japan without this studio’s cartoons. 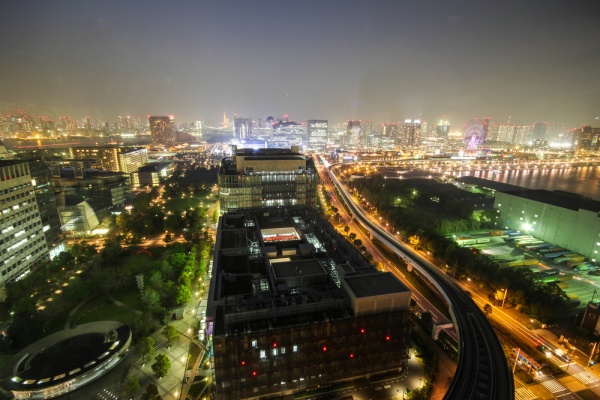 Odaiba is an artificial island in Tokyo Bay connected to the city by the Rainbow Bridge. Now Odaiba is a “city of the future”, an island of commerce and entertainment with numerous interesting objects: luxury hotels, large-scale exhibition complexes, museums, sports facilities, TV companies’ offices, parks, Tokyo’s only beach, numerous shopping and entertainment malls with shops and restaurants with views to the sea and port.

There is way more to do in Odaiba as a couple than you would expect. With a dozen attractions, unlimited shopping, random festivals, and great eateries, Odaiba is a destination for couples looking for laughter and memories. You can also see the island’s beauty on one of the highest Ferris wheels in the world, with a diameter of 115 m. Here is just a taste of what’s available on this manmade island of entertainment: 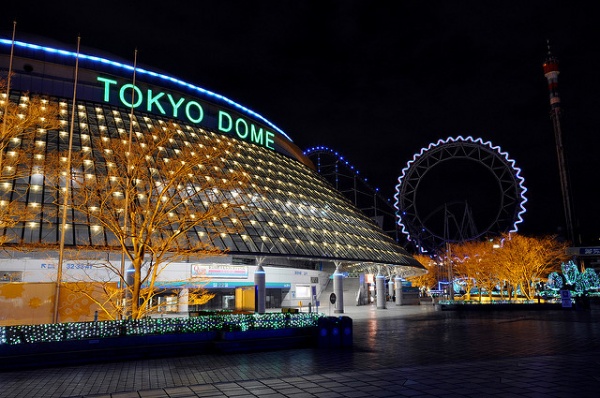 Here is another romantic spot in Tokyo that is more than what meets the eye. Tokyo Dome City is about rides, restaurants, shops, Ferris wheel, roller coaster, and much more.

The attractions are so diverse that everyone can find entertainment to their tastes. For the most daring, there is the Thunder Dolphin roller coaster, and you can admire the beautiful view of Tokyo from the Big O Ferris wheel. It’s especially suitable for couples who want to enjoy quiet rest with each other.

Bunkyo-ku was named the most ‘sensuous’ of all 23 Tokyo wards in 2015, according to The Japan Times. If you’d rather spend a tranquil moment together rather than screaming on roller coasters, a recommended spot is Koishikawa Korakuen Garden, which is also inside Dome City. 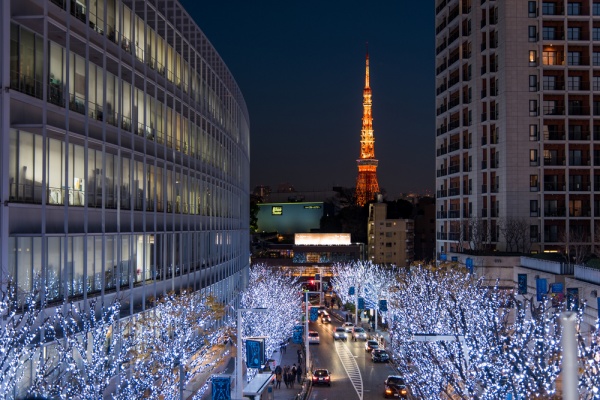 Roppongi is the capital’s most popular shopping, entertainment, and contemporary art center. The streets around them are filled with countless restaurants of all world cuisines, pop stars perform at local discotheques, nightly “hostess clubs,” and striptease bars are filled with guests until the morning.

If the thought of window-shopping, wandering beautifully landscaped grounds, and spending hours discussing the art in various galleries is your idea of the perfect date, then you should definitely give Roppongi a whirl.

Many couples plan to see the Christmas illumination displays around Tokyo Midtown and Roppongi Hills during the winter. The impressive creations attract people year after year.

Roppongi Hills has one more lure – an observation deck that gives you unhindered views of Tokyo Tower and Tokyo Bay. The Mori Art Museum can also be found here. The focus is on contemporary art, but the museum actively holds events. So you never know what you will find.

More: 10 Most Luxurious Hotels in Asia 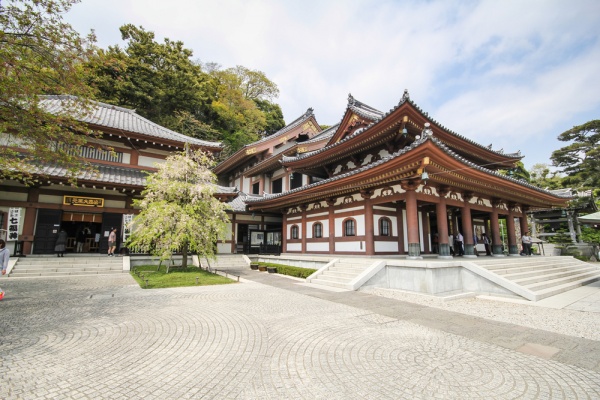 Enoshima is known for several attractions: Shinto shrines, a grotto, and a botanical garden. But most of all, Enoshima is attracted by the opportunity to be away from the city’s noise.

Though not technically in the Tokyo Metropolitan area, couples love the sunshine and shopping here. Temples and shrines, the Sea Candle, the Great Buddha that you can crawl inside, beaches, hiking, and world-renowned ice cream stalls make these prime bonding locations.

There is also the local custom of bringing a lock inscribed with your name and placing it on a designated fence. Supposedly, if you do this, you will never break up.

There are also entertainment facilities on the island: a dolphinarium and a garden of tropical plants. Local beaches also attract vacationers to Enoshima. In 1964, the largest yacht harbor in Japan was built on the island, intended for the regatta as part of the Tokyo Olympics.

Though there are many more places to see around Tokyo for couples to enjoy, the fireworks between you two are sure to flicker brightly at any of these ten prime dating sites.

9 Best Places to Scuba Dive in the Atlantic Ocean