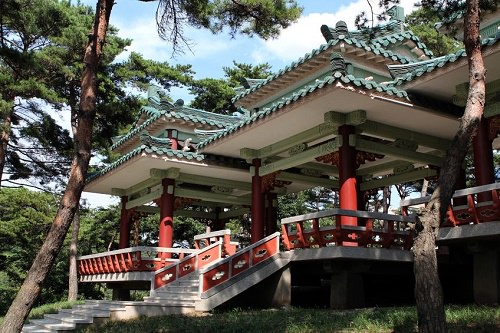 Extreme tourism is the latest trend in vacationing. Many tourists are sick of traditional vacation destinations are seeking thrills that your typical vacation location simply cannot offer. Many of these places may be scary or even dangerous but for many travelers that is part of the allure. While there are numerous places to experience extreme tourism, this guide will go over one of the most remote and unknown, the East Asian nation of North Korea.

Most closed and forbidden country on the planet

North Korea is one of the most closed and forbidden countries on the planet. One of the last remaining Communist dictatorships, North Korea is a totalitarian police state with little to no freedom of information or movement. Any visitors to North Korea are subject to monitoring during the entirety of their visit and are not allowed to deviate from the official government tour in any way under penalty of immediate deportation or even imprisonment. Even famous journalists are not immune from prosecution, Laura Ling, a journalist with Current TV was imprisoned by the North Korean government for two months in 2009 for illegal entry into North Korea and were only released after intervention by former president Bill Clinton.

The official government tour of North Korea encompasses a number of sites, mostly related to North Korean propaganda. One of the most prominent locations is a massive statue of the founder of North Korea, Kim Il Sung, located on Mansu Hill. Another stop on the tour is the U.S.S. Pueblo, which is an American warship which was captured by the North Korean government and now used as an anti-American propaganda museum. This theme is repeated constantly throughout the tour and a number of other sites are dedicated to anti South Korean, Japanese and American propaganda. The Ryugong Hotel is not on the government tour but it is visible from almost anywhere in the capital city, Pyongyang. This building is possibly the most iconic in the country. The hotel dominates the skyline of the capital and resembles a massive pyramid. One other highlight of the government tour is a visit to the North/South Korean DMZ or Demilitarized Zone, which is the dividing barrier between North and South Korea.

Not so easy to enter 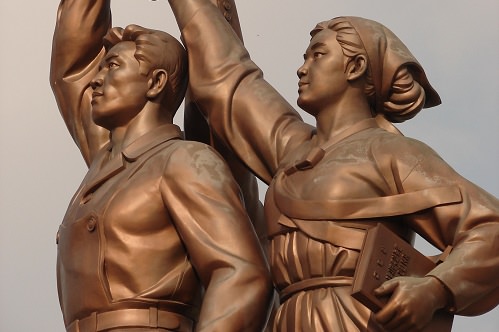 North Korea is not an easy country to enter. Individuals from certain countries, including Japan and South Korea are strictly banned from entering the country. There are no international flights into North Korea aside from occasional flights from Russia and China. In order for the average Western tourist to enter the country one must first visit Southern China and apply for a visa at the North Korean embassy and either take a ferry or flight into Pyongyang. When entering North Korea a great deal of items are not allowed to be brought into the country, including powerful cameras, GPS devices, cell phones, any printed literature and many, many more items. Before traveling to North Korea be sure to consult the North Korean consulate website for a complete and updated list of banned items. Bringing contraband into North Korea can result in extremely severe consequences and should not be attempted.