People all across the United States are drawn to live in different places for different reasons. Some people love the city life and are more than happy to pay $2200 per month for a 1,000-square-foot apartment on the 26th floor, while others prefer living out in the country where your closest neighbor is 100 miles away and get to the nearest grocery store you hop in your little plane in the back yard (which really is 100 acres of your own land) and fly to the nearest city which is 250 miles away.

Luckily, there is a little-known place that really isn’t so little that can offer virtually any person the type of living they desire, and that place is Alaska. From personal experience, I can say that visiting Alaska for several days and living there are two different things. I lived in Anchorage for seven years before moving to LA due to family issues. I also worked in Juneau and Kenai. Every place that I have visited in Alaska is spectacular and unique, and I have met many wonderful and extraordinary people. They are all friendly and interesting and know how to live life to the fullest.

Choosing a place to live is a challenging task, and it’s important to consider many things. Once you have identified that Alaska is the place for you, you need to select the landing site for your new adventure. Below are some of the top places to live in Alaska. 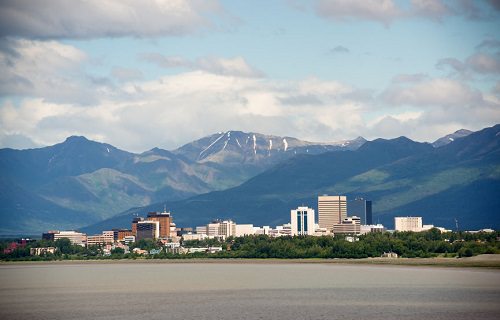 For you city lovers, there is really only one choice, and for some of you die-hard city-goers, the biggest city in Alaska, Anchorage, might not just cut it, but for the average city dweller, it is just fine. Anchorage is one of the fastest growing cities in the United States (if you take New York and Los Angeles out of the mix) for the amount of population the state, and the state of Alaska is even considering moving the capital from Juneau to just north of Anchorage to the Matsu Valley.

Anchorage boasts a substantially large international airport that hosts hubs for Fed-Ex and UPS alike, a downtown that has been growing since its founding and continues to grow-one way streets and all, two malls, a professional hockey team, the Captain Cook Hotel, many attractions, the Iditarod, three Wal-Marts, and the list goes on.

Although the city possesses only 250,000 people or so, Anchorage is a bustling place that, even in the dead of winter, is chock-full of traffic jams and busy boardrooms. As the largest city in Alaska, it has a developed tourist infrastructure. The town has various museums, parks, and cultural venues. Particular pride is the Botanical Garden. Outside the city, the monumental nature of Alaska becomes the main object of attention for tourists. In the ocean, you can watch whale migrations. You can surf hiking trails through the mountains and national parks. Winter sports are also developed in Anchorage, which can be practiced in ski centers. 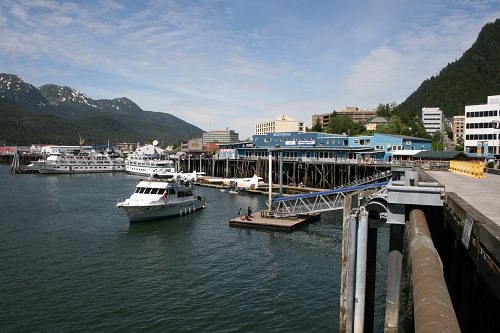 For those of you who enjoy the city life but on a smaller scale, Fairbanks is always in the north with its bitter winter temperatures and scalding summer temperatures (it does get into the 90s, which feels like 120). It is the main economic and cultural center of the state.

Fairbanks is located in central Alaska, in the northern United States. The city is considered the center of education in the state – it houses the University of Alaska. Fairbanks was founded in the early 20th century in connection with the Alaska Gold Rush that was taking place at the time.

Last year, I visited Fairbanks and stayed here for a couple of weeks. Even though I liked this place, I think the food choices are a little bit strange here. Some foods were extremely expensive, while others were ridiculously cheap. Since I was on a tight budget, I had to change my eating habits to stretch my budget. But what I liked the most is that people in Fairbanks are amazingly friendly to strangers; they’re easy to talk to and get along with. 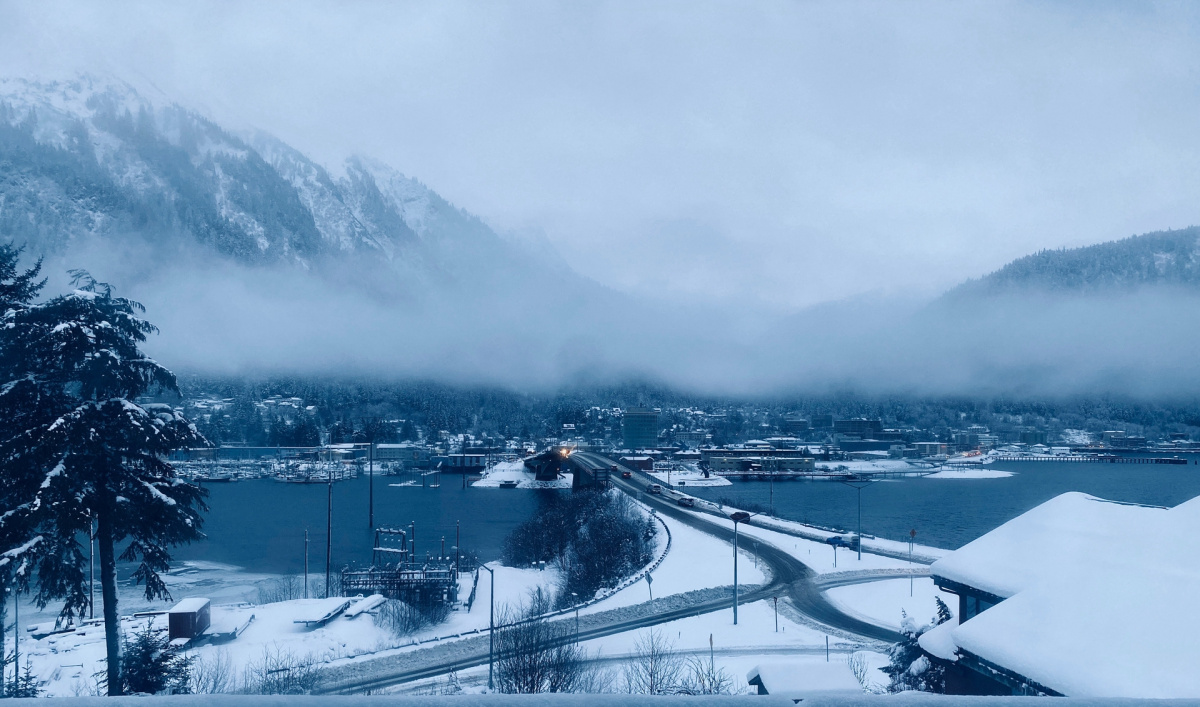 Juneau is also a great city to live in Alaska. It was founded in 1881, shortly after the discovery of a gold deposit. The town was named after gold digger Joseph Juneau. On the one hand, the city is small; its population is more than 30 thousand inhabitants. But on the other hand, the territory subordinated to the municipality is quite extensive – it is the largest state capital in the United States by area. Therefore, it’s a perfect place for peaceful living in Alaska.

Juneau is the only state capital in the United States not accessible by road, but the city is expanding and offers a lot to those who choose to live there. Juneau is smack-dab in the center of temperate rainforest and boasts city life, ocean living, mountains, and a sense of adventure.

Sure it rains a lot there, but it has to be one of the gorgeous secrets of Alaska. The job market is ever expanding, the school systems are good, and the abilities to make a life for you and your family are limitless. If you had to choose a state capital to live in, then you should choose Juneau over many others based on the short assessment above pretty easily. 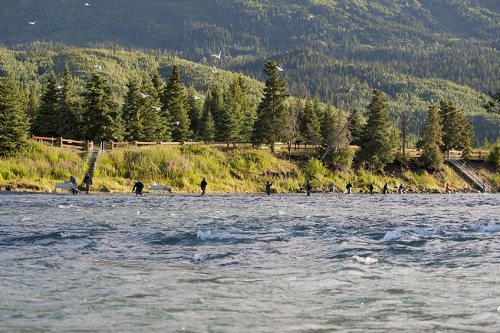 If none of those places appeal to you, then maybe you should head down south to Soldotna and Kenai, where you are not far from major amenities and stores, but the small-town feeling and rural setting make you feel like you are in your own world.

The crime rate in Soldotna is well below the national average. In addition, you can get decent job opportunities and plenty of social activities. The school system is excellent, with a few private schools, including Cook Inlet Academy, where teachers strive to give students a faith-based education that rivals any major Christian school in the lower forty-eight. Therefore, it is an ideal city to live in with your family.

Locals cite positive and fun experiences as one of the reasons they enjoy living here. Moreover, access to the great outdoors of Alaska is another significant advantage of living here. In fact, Soldonte is the most diverse place to live in Alaska. There is little to complain about in Soldotna. 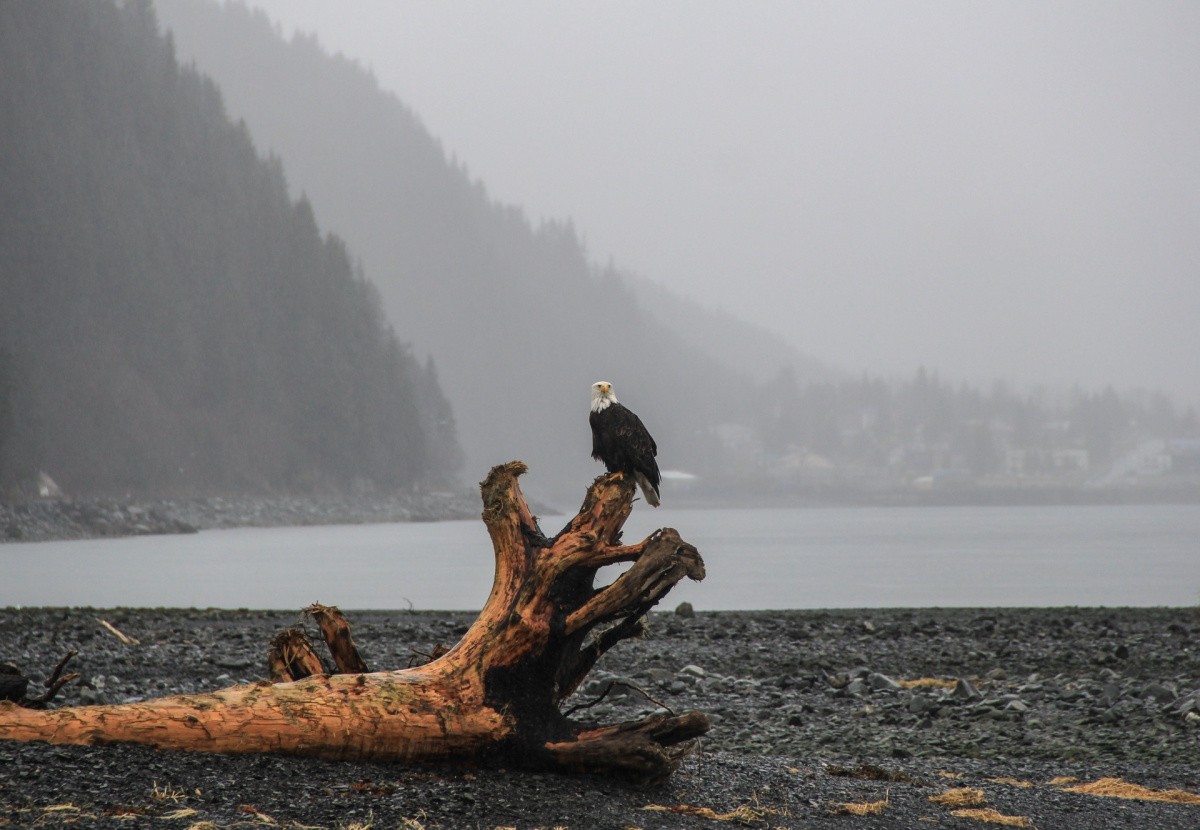 The Kenai Peninsula is an amazing natural kingdom, striking in grandeur and beauty. Here you can see all the wonders of Alaska – wooded slopes and mighty glaciers. In addition, Kenai is one of the top 10 places to buy a house, raise a family and access the best public schools in the state. Therefore, the locals consider Kenai a happy, safe, and peaceful place to live in Alaska.

During the winter months, Kenai, as well as Soldotna, offer the residents close relationships with friends and locals, feet of snow good for snow-machining or sledding, countless numbers of moose wandering around, great coffee at numerous coffee houses and drive-thru coffee shacks, and hundreds of other things.

When summer hits, Kenai transforms into the Salmon fishing capital of the world. The world-famous Kenai River flows right through the center of these twin cities, and the riverbanks and streets are jammed-packed with fishermen vying for the biggest fish in 22 hours of sunlight. 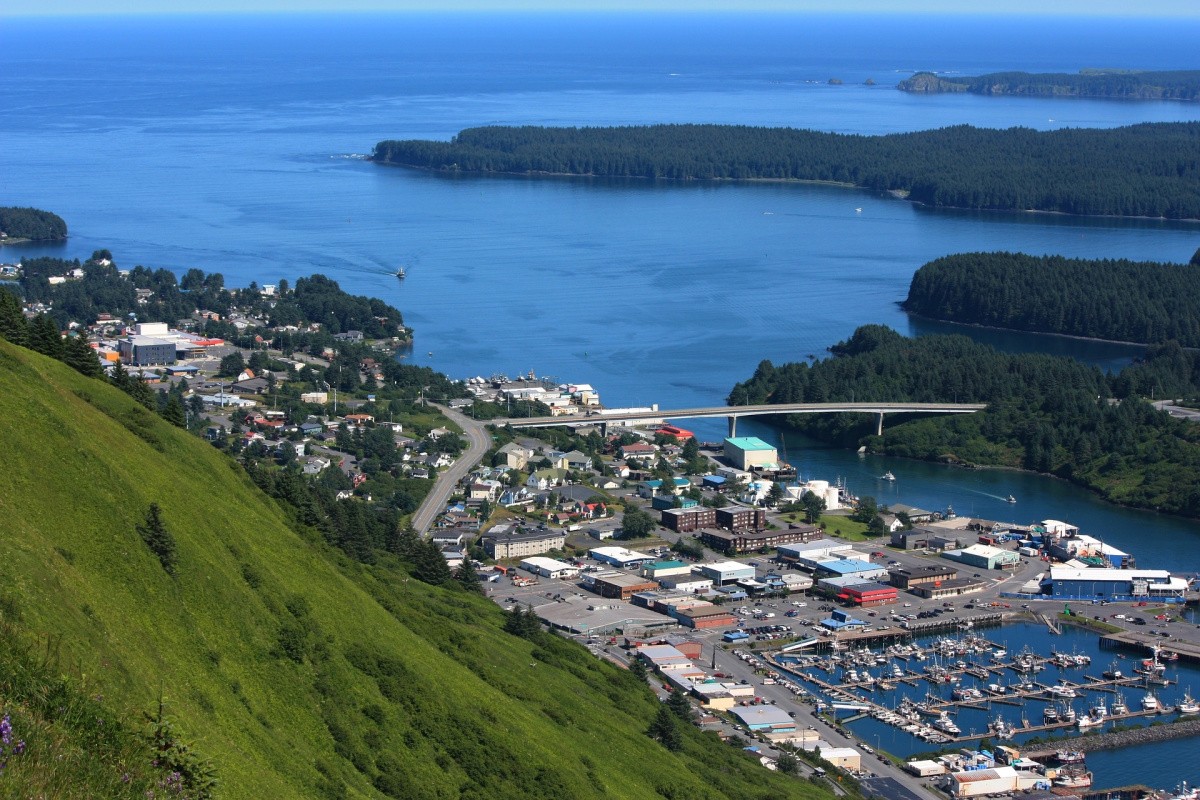 Kodiak is a little-known city located on the same name island in the state of Alaska. It is home to over 6,000 happy and chill residents. Kodiak is well-known as a transportation hub in southwestern Alaska. Moreover, its fishing port is the largest in the state and one of the best in the country.

Fishing is the primary income of the city inhabitants. In recent decades, a number of different ecological tours have been organized on the island between May and September. Hunting tours are top-rated. Tourists from all over the world come to Kodiak to hunt and take pictures with their trophies. For the municipality’s economy, the trade in hunting licenses has long been a stable and good income.

Since much of the city spans the Gulf of Alaska, Kodiak has plenty of sea-facing properties. So, if you are looking to rent a property with dramatic views in Alaska, then Kodiak could be the place to do it. A very popular community where you can start a family and leave unforgettable memories. In addition, it has become an excellent place for family vacations. Last but not least, for you rural folks, Alaska has that too. Other than the hubs of Anchorage, Soldotna, Fairbanks, and Juneau, Alaska’s population is spread out over hundreds upon hundreds of small towns and villages that spot the largest state in the union, like chicken pox. Rural residents earn a living from fishing and hunting. However, the most lucrative industry in rural Alaska is tourism due to increased interest in the state’s natural wonders, such as the northern lights. So if you like living out deep in the woods far from civilization, Alaska has it.

Where is the best place to live in Alaska?

The city is considered one of the most attractive for tourists and those who are looking for a new place to live, so it will impress most of its guests. There is everything for a comfortable life. Anchorage is a lively city, and on its territory, you can find stores, schools, and a variety of entertainment venues, including trendy clubs, fiery dance floors, and 24-hour cafes. This city can be perfect for permanent residence, as it has a reasonably high standard of living.

What is the best place to live in Alaska for northern lights?

Probably the biggest city where you can see the Northern Lights is Fairbanks.

Where is the best place to live in Alaska if you like to hike?

Ridgeway is the best place to live in Alaska if you like to hike. Moving here would be the perfect excuse to buy some equipment for it due to its great opportunities for such outdoor activities.

Where is the best place to live in Alaska for a family?

Undoubtedly, the best place to live in Alaska for a family is Juneau. It’s a quiet and comfortable town. A great advantage is that it offers the best public schools in the state.

If you want to live within ten minutes of town but feel like you are in the middle of nowhere, then Alaska has it too. All-in-all, Alaska has every setting you could possibly think of (minus white-sandy beaches…oh wait, Kenai has one of those) when it comes to places to live. I think Alaska is a housing jewel often not seen by most. Alaska is addictive – if you live there longer than necessary, you will never leave there. I’ll move one day to one of these best places to live in Alaska. Are you planning to move to Alaska?

12 Most Beautiful Places to Enjoy Solitude 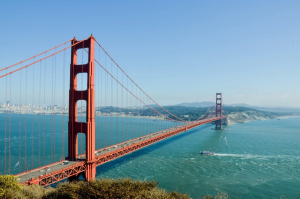 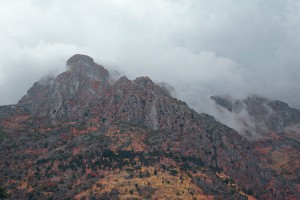 10 Extremely Dangerous Firenados around the World
Subscribe to Amerikanki Travel