Solitude is not loneliness, which is what we feel when we want company around us and don’t have it. Solitude is chosen. It is how we recover connection with our spirit that we lose in the rush of everyday life. Solitude gives us a breather, taking us away from the chatter and rush and obligations that can sometimes inundate us. It exists when we spend time with our inner self in a serene place. That can be a place of meditation, a walk in the woods, a retreat we attend, a sudden decision to take a drive in our car without a specific destination, or sitting somewhere near a body of water. In each of these ways we can become more connected to the natural world around us, which is eternally present. We can watch leaves blow in the wind on a summer’s day, or waves falling gently on the shore, or visit a museum in the city on a rainy afternoon.

Solitude gives us a chance to know silence, which can be a healer of worry and stress. For a little while we are not responsible for other people and obligations – only to ourselves.

Certain locations lend themselves to giving us the peace of solitude in very different ways. In the suggestions here, see which ones appeal to you most. The ones you choose will be the places that bring you the best experience, because your spirit, your inner self, is already aligned with them. In Europe there are hundreds of abbey ruins. Either because of invaders or by a king’s decree, the monasteries of the past were constantly looted and destroyed. What was left were shells of stone buildings. And yet now, walking through those ruins, you see the grass is green and flowers have grown on the banks of streams nearby, and the stones themselves seem to hold some ancient wisdom. An hour spent wandering through such an abbey on your own rests the spirit and stops the incessant stream of thoughts. Instead, time seems to expand.

One such abbey is in the U.K. – Whitby, in North Yorkshire. This was a site of great learning in the Anglo-Saxon era, and it had a superb library. The stones have survived Viking marauders and the Dissolution by Henry VIII. Being there on a windswept hill, you sense its history, and also feel its utter peacefulness. Especially on a foggy or overcast day, when few people are likely to be out and about, a walk along the seashore can restore you both physically and emotionally. The negative ions that surround you from the waves crashing on the shore will improve your mood, alleviate stress, and erase anger. We are largely made of H2O and we respond to its presence in the form of the sea (or a lake, or a running creek or a river). Being alone gives us a chance to receive the sound of the sea and feel the sand under our feet, to watch gulls in flight and to sit on rocks near tidal pools. We let ourselves just sense we are a part of it all. The desert offers a stark contrast, its dry air and hot sands a far cry from the relaxing sound of the sea. But it also holds something eternal in it. Spending time in stillness is how the desert speaks to the spirit. One place famous for this and which cultivates solitude in gratifying ways is the Painted Desert of Arizona. Miles of multicolored rocks and cliffs surround you as you drive past them with awe. There is an instant awareness of their age, for over 250 million years of geology are recorded in their strata. When you stop and get out of your car you can see the terrain for miles and can imagine it is a planet created before humans settled on it. There is an absolute solitude, and yet a feeling of profound connection to the earth. Walking in a vineyard in the morning, gazing down at the sloping hills on which the grapevines are set, is one of the most peaceful experiences. Roaming through the paths when no one is around in the early hours brings a feeling of being out of time. When the early fog lifts it leaves tendrils among the paths like wood smoke. In California’s Sonoma County there are many vineyards that you can visit and catch time alone. 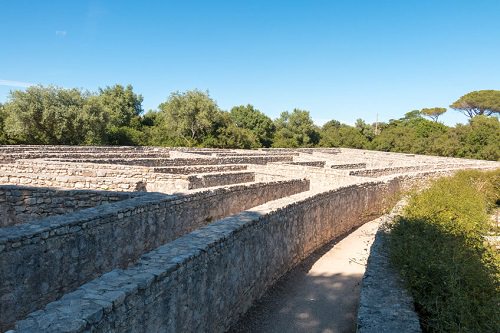 The labyrinth is one of the oldest forms of meditation and there is evidence of them in almost every culture. It is intended for solitary contemplation. Unlike a maze, where people can get lost, the labyrinth has a specific purpose. As you walk along the single spiral path inward to the center, you shed the troubles, worries, and most of all, distractions, that occupy you. When you turn around at the center and retrace the spiral path out again, you feel, inevitably, renewed and free of a burden, often one you didn’t know you carried. Entering a labyrinth is not difficult – there is one in almost every city and you can even make your own in your own back yard by creating a spiral path, and bordering it with plants or colorful stones.

Camping in the Wilderness 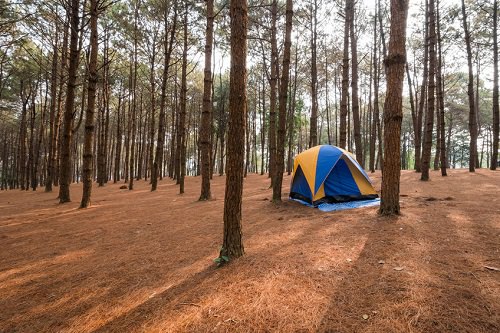 The kind of camping described here that encourages solitude is plain camping – that is, not in an RV. It means setting up a tent, making your own campfire, and bringing along a sleeping bag and supplies. It doesn’t mean you have to be far away from civilization – just far enough that you can’t hear traffic on a road nearby or the sound of outboards on a lake.

There are locations, for example, in the Catskill Mountains of upstate New York that encourage wilderness camping. A pearl light lingers over these hills after the sun sets. The air is clean and lends a feeling of enchantment,enhanced by waterfalls and secluded glens. You are in the natural world, and it is a place we can always experience a calm spirit. Other places abound for this kind of experience, like Shenandoah Mountains of Virginia, or the Haleakala National Park in Hawaii. In Australia you can spend time camping in the Blue Mountains. Most botanical gardens are very accessible and welcoming to seekers of solitude. Benches are scattered throughout and you can sit down and gaze at the trees and plants and feel as if you could sit there forever. Such places can be appealing even in winter for walks. In any season, though, you have plenty of space for wandering through the wild gardens and cultivated landscapes. The Rancho Santa Ana Botanical Garden in Claremont California and the Zilker Botanical Garden in Austin, Texas are just two jewels among a multitude available. Find one near you and spend just a half hour there – it can often feel like you’ve had a mini-vacation. 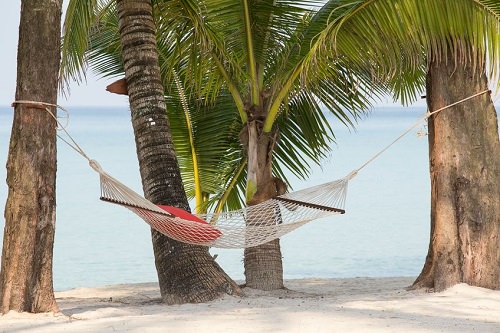 Who hasn’t contemplated spending time – maybe a long time! – on a tropical Isle? The Maldives is one such place with seriously gorgeous sandy beaches and miles to walk on, and no one likely to disturb you – there are over a thousand islands to choose from! This selection may seem a strange one, but in fact a walk on a spring day through an old cemetery is extremely peaceful. You can be pretty sure not too any people will be roaming around, but you can listen to the songs of the birds that frequent the trees and often see azalea bushes. One such cemetery that is very beautiful is the Bonaventure Cemetery in Savannah, Georgia. But an everyday cemetery near a local church will bring the same peaceful quality. This is a place deliberately designed and intended for the experience of solitude and serenity. There are always features that include the sound of falling water, bridges across ponds, flowers alongside paths, and the annual festival of cherry trees in bloom. The Japanese Tea Garden in Golden Gate Park in San Francisco, created in 1894, has a ceremonial teahouse as well. Silence in such a garden brings precious solace to the heart and mind.

An Island in the Aegean 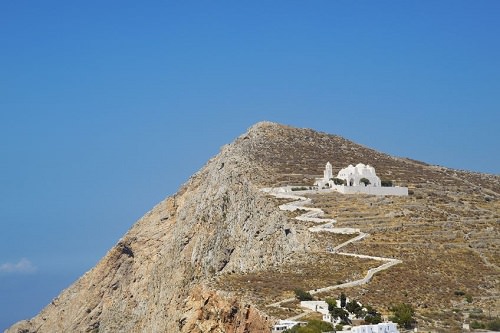 Hora, in Folegandros, is a stunning place. It is the one you see often on posters showing brilliant white buildings and blue-trimmed roofs and windows, with a cobalt blue sea stretching beyond the houses that are built on steep streets. Such a place helps you become aware of life in the present moment, free of the inner chatter.

Four Places in the City If getting out into Nature isn’t possible, yet you feel the need for respite and want to escape the rush, every city has places that encourage ways to experience solitude and refresh your spirit. These can be as simple as:

A visit to a museum on a rainy day. While the rain comes down outside you can wander slowly through the rooms looking at the art, not even studying it unless it catches your interest, just relaxing in the silence.

If the city has a river it will have pedestrian bridges where you can stand and just watch the sky and water, or ships passing by below. Even with the sound of traffic, you get a feeling of being in your own space.

Some cities have parks that allow horseback riding along wooded trails. Bike riding will do just as well. Both give you time in your own inner world.

Many alcoves and small green parks have been created beside business offices. Some areas in a city are set aside for people to stop and take a little time off. These are open spaces and sometimes have a small waterfall or fountain.

Do you have a place you go to when you are feeling stressed or overwhelmed, somewhere you can feel solitude and its inevitable peacefulness? Do you let go of your material connection to the world for a little while sometimes?

10 Things to Do in Singapore Without Spending a Di...

10 Unique Places to Discover This Summer