Pool parties are a great escape from LA’s summer heat and the perfect way to see and be seen at some of Hollywood’s best hotels.

Here are some of our favorite LA summer pool parties.

Hollywood
Not only is NightSwim one of LA’s longest-running pool parties, it’s also one of LA’s hottest hipster havens. That’s no surprise when the party has hosted the likes of Daft Punk, Questlove and Thom Yorke for DJ sets. Plus, people actually get in the pool at this weekly Tuesday night party, and partiers take full advantage of the pool toys, which include canoes and gigantic inflatable animals. Tropicana Bar is there to take care of everyone’s alcohol related needs and the party doesn’t stop until 2am. Also, look out for big Labor Day Weekend parties at the Roosevelt.

Night Swim and Sundays at the Mondrian

Hollywood
Night Swim at the Mondrian takes place on Wednesday nights from 9pm until 1:30am. It’s pretty much the same deal as NightSwim at the Roosevelt (pool toys and cocktails), but with less of a hipster crowd. For people looking to see and be seen, the Mondrian is the place to be during the day on Sundays. There’s always a killer DJ. Plus, a lot of nightclub promoters host events there for their VIP clients and friends, which makes for a great crowd.

Swimming with Sharks at the Standard

Downtown LA
The rooftop pool at the Standard is an interesting mix of hipsters that are too hip for the Roosevelt, young professionals and many people just looking for an amazing mojito with a view to match. This daytime party can get a little crazy with lots of squirt guns in the mix and free Jell-O shots. The Saturday weekly party goes from 1pm until sundown with cool DJs and specials on beers and champagne.

Wet Sundays at the W Westwood

Westwood
Wet Sundays kicked off Memorial Day weekend, and will continue every Sunday throughout the summer. The W Westwood is in the heart of UCLA territory, so it’s a great spot for catching up with coeds. Local DJ’s spin from 11am to 6pm. However, when the party stops at the pool the action starts at the hotel’s Whiskey Blue Bar, where drinking can continue from 8pm-2am.

Hollywood
OK, so this one isn’t technically a pool party. However, it’s a party that only takes place during the summer, and most people come straight from the pool. XIV goes from 5pm until 10pm Sundays, and is one of the most exclusive parties in LA. Celebrities such as Paris Hilton and Drake are regulars. Past DJ’s include Dada Life, Cedric Gervais and Afrojack. They only let in the really good looking or the really rich (and by rich we mean people willing to shell out big money). 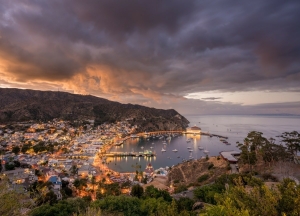