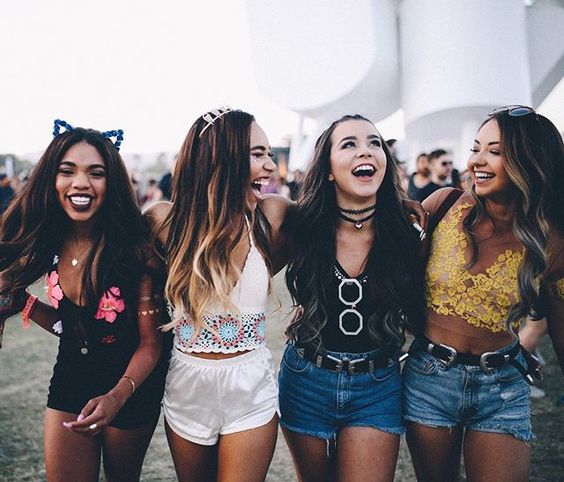 Coachella Valley Music and Arts Festival 2017 is upon us. This gigantic music festival sweeps the nation with excitement and intrigue by teasing us with bigger names and even bigger history. Coachella happens every spring and sets the stage for spring fashion, tunes, and grub. So here is your handy guide to Coachella 2017.

Coachella is held over two different weekends in April. This year the dates are:

Festival tickets, if you are lucky enough to grab a pair, go on sale at the beginning of the year. In 2017, the start date was Wednesday, January 4th at 11:00 AM.

General admission tickets started at $399 per person, but since the starting date, that price has steadily climbed. The shuttle pass started at $474. VIP admission was $899 and adding parking to that cost an extra $150.

Is Coachella 2017 worth the price? Well, tickets are more or less sold out, so hopefully, you got your tickets. If not, there may still be time to scrounge up at pair.

Recently, word has got around that while Beyoncé was originally going to be attending this year’s Coachella, Lady Gaga is now replacing her in the lineup. Other than that, the lineup is settled and features a vast collection of varying genres. There will be well-known and ever popular bands mixed in with some dark horses. However, this lineup is going to make your jaw drop.

Here is some of the extensive line-up with the dates of appearance:

What Coachella stands for

Many people attend Coachella without understanding the fully immersive experience that awaits. Coachella may be a lot of money outright, but there are pool parties, on-site camping spots (as well as plenty of off-site RV camps, hotels, and backpacker hostels to choose from), over 100 food and drink vendors from some of the finest restaurants in Los Angeles, artwork, and other events happening aside from the music.

More about those parties. Many of them around about a mile away from where the festival goes down, like Base Camp, which involves a lot of people from the surfing and skating industries. For those of you who love boarding, Base Camp is where to take a dip.

Then there is Vestal Village, a recreational campsite that brings the afterlife of the party home so the fun never actually stops. Ever. Vestal Village has massive pools so you can keep cool while listening to live music.

Another to consider pairing up with your Coachella 2017 tickets would be those for the Neon Carnival, at Thermal Airport. There are amusement park rides that run late into the night.

Coachella is also about promoting sustainability by promoting programs like carpoolchella, the energy playground, polar bear dating, a recyclosaurus rex, and a saving nature claw machine.

You can also participate in the recycling program on site, which allows you to pick up cans, plastic bottles, and other rubbish you find at the campsites or grounds and bring them to the Recycle Store. There, you can exchange 10 pieces of trash for points, which can later be exchanged for awesome merchandise.

A large chunk of your money is also going to benefit the town of Indio, where Coachella is held. The profits go towards a number of local charities to help those less fortunate, or those who are not receiving a proper education.

Furthermore, the focus on preserving nature shines through with a sizeable donation being sent to both the Silverlake Conservatory and Global Inheritance. So, if you were wondering where your money went upon buying your tickets, now you know! You are actually helping save the planet.

Now for some rules, because every decent party has a few:

Anything that you cannot take on a plane cannot be brought to Coachella. That means, no air horns, weapons, firearms, fireworks, drugs, hoverboards, or breakable utensils.

Because, remember, Coachella is not a rave. There will be families with young children walking around (children 5 and under can enter for free).

Coachella 2017 promises to be one of the most awesome festivals yet. The lineup is astounding, the food and art promise to be awe-inspiring, and the location will be as breathtaking as always. Plan your trip to see everything possible, then tell us about it, okay?