One of the most incredible sights in Rome, Italy, that has attracted visitors worldwide is the stunning Fontana Dei Quattro Fiumi. It is also known as “the Fountain of Four Rivers.” Though this gorgeous display of art is probably on your must-see list for travel, what else do you know about it? The Fountain of the Four Rivers is more than just sculptures and water. It has a fascinating history too.

The idea of creating an aqueduct belonged to Pope Innocent X, the head of the Pafmili family. According to his concept, an equally beautiful and original composition should have been located next to the beautiful palace. The creation of the Fountain of the Four Rivers, which was destined to become a real work of art, was entrusted to the brilliant sculptor Giovanni Lorenzo Bernini.

The construction of the water source was prohibitively expensive. However, this did not stop its creators at all. To complete the superb project, local authorities increased tax payments repeatedly.

Bernini had a lot of ill-wishers, some of whom even claimed that water would not flow into the Fountain of the Four Rivers due to incorrect mathematical calculations. However, these doubts were dispelled on the day of its first launch. Nowadays, water is delivered here from Aqua Virgo, an old antique aqueduct.

Though the creation of the Fontana dei Quattro Fiumiis awarded to Gian Lorenzo Bernini, he is not the sole artist. However, during the commission, Bernini was one of the most popular artists in Rome.

The other artist was Borromini, who was Bernini’s rival during the Baroque period. He proposed placing a crown upon the obelisk and four gods to represent the four great rivers.

How Bernini was given the job over Borromini was, in many ways, pure luck and the advantage that was the social networking of that period – shaking hands with the right people. When the Pope saw Bernini’s ideas for the Fountain, he decided to have Bernini complete the Fontana dei Quattro Fiumi.

3. Features of the Architecture of the Fontana dei Quattro Fiumi

The Fountain of the Four Rivers is made in the Baroque style, and its main element is a 16-meter tetrahedral Egyptian obelisk, which is “entwined” with a sculptural composition. This building is a reproduction of an ancient Egyptian column 16.5 meters high, found in 1644 on the territory of the Hippodrome.

There is an image of Roman rulers dressed as pharaohs, symbolizing the triumph of Christianity over pagan polytheism, on each side of the monument.

All sculptures are surrounded by flora and fauna of the continent that are located there. You can pick out a horse, serpent, dolphin, crocodile, lion, and a couple of other animals from the continents where the four rivers are found.

The Fountain of the Four Rivers stands out strikingly among other creations of Bernini, as it does not contain the smooth lines characteristic of the master. That is why experts agree that only sketch sketches were the property of the great architect. The rest of the work was carried out by his students – Ruggi, Baratta, Fanzelli, and Poussin.

All sculptures are surrounded by flora and fauna of the continent that is located there. You can pick out a horse, serpent, dolphin, crocodile, lion, and a couple of other animals from the continents where the four rivers are found.

You can also notice:

The obelisk was crafted from Aswan granite by order of the Roman Emperor Domitianus. The spire is sixteen meters tall (52 feet) and originally stood at the central wall of the ancient Circus of Maxentius near the Via Appia Antica.

Some people get mistaken by thinking it is an authentic Egyptian obelisk due to the hieroglyphics, but it is merely a Roman representation. The hieroglyphs tell of a hymn pertaining to the Domitian. Atop the obelisk sits a stone pigeon, the symbol of Pope Innocent X’s family.

Though the Fountain was designed in a far more excessive fashion than what the locals had originally wanted, it was made to serve as a source of potable water before the age of indoor plumbing. When Pope Innocent X had it designed, he decided to have the sculptures crafted around a slim Egyptian obelisk. Ringing the obelisk were figures that represented four major rivers throughout the four major continents recognized during the 1600s:

7. The Secret Meaning of the Fontana dei Quattro Fiumi

There is another interpretation of the meaning inherent in the composition. The Fountain of the Four Rivers by Bernini, built opposite the Church of St. Agnes, on the facade of which Borromini worked, is a clear example of this. This Fountain is called one of Bernini’s most “flashy” works in the direction of Borromini.

The rivalry between the two geniuses becomes evident if you study the work of the masters even a little. They say that Bernini ridiculed the work of his rival and even set it in stone.

In Rome, one can find quite a few such examples of their creative rivalry, And even frank demonstrations of the advantages of one master over another can be traced.

The crafting of the Fountain was originally met with opposition by the Roman people. During the construction, Italy was in a severe famine, and people could barely support their families, let alone pay taxes for the Fountain.

Despite this, Pope Innocent X had the Fountain built from 1646-1648. Throughout the plaza where the Fontana dei Quattro Fiumi was being built, there were endless talks of riots.

In September 1648, protesting writers inscribed “We don’t want Obelisks and Fountains! It’s bread we want. Bread, bread, bread!” into the rocks used to build the obelisk. Innocent X quickly had the authors of the inscriptions arrested and then placed disguised spies to monitor the area around the Fountain at all times.

9. The popularity of the Fontana dei Quattro Fiumi

Now the Fountain of the Four Rivers is primarily an exciting attraction that attracts the attention of thousands of tourists. Still, initially, it performed not only an aesthetic function but was also a source of water for residents. It receives water from the ancient aqueduct Aqua Virgo.

Life near the Fountain does not stop for a minute. Street mimes, artists, and musicians regularly gather on Navona Square near the Fountain of the Four Rivers, so many tourists come to the sights also to look at the art of artists.

On the eve of the Christmas and New Year holidays, fair pavilions are located near the Fountain of the Four Rivers. The largest Christmas market in Rome sells all sorts of sweets and souvenirs.

10. Where to Find the Fontana dei Quattro Fiumi

The Fountain of the Four Rivers is located in the Piazza Navona in Rome. It took the place of the Circus Domitian that had been opened around 86 AD. The circus lasted well into the 4th century. The surroundings underwent reconstruction throughout the years, and as the 15th buildings started to form a perimeter around the circus, it became a popular open market called Piazza Navona.

Though the Fountain of the Four Rivers is not the Trevi Fvountain, it is still a jaw-dropping image. You will surely enjoy the intricate details of the statues and the quiet. Join in on the people-watching, shop the surrounding markets, and indulge in the tranquil sounds of trickling water. Maybe you will even have the chance to share this information with a fellow traveler.

Over its centuries-old history, the Four Rivers Fountain has not changed, but it has acquired many stories and legends, making it even more exciting. And today, hundreds of thousands of tourists flock to Navona Square to admire the work of the great master.

10 Best and Cheapest Countries for Backpackers 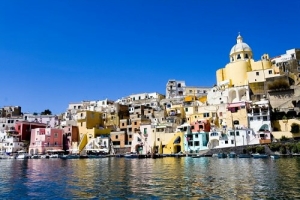 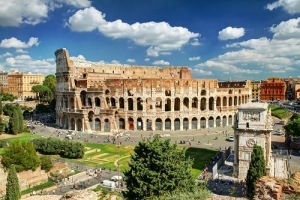 10 Wonderful Things to Do in Rome 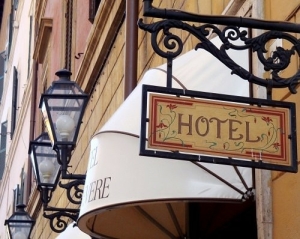 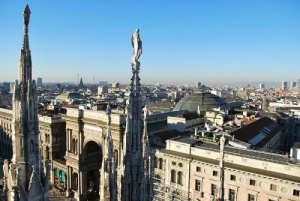 8 Best Things to Do in Milan