Denver has been called the Napa Valley of beer and is widely known as the craft brew capital of the United States. From large-scale outfits to tiny startups, it’s not hard to see why the Front Range has earned a reputation as the seat of fine brewing.

Here’s a look at some of the best local beer producers.

Denver Beer Company, which, like many of its counterparts started as a home brewing operation, offers an assortment of small batch brews that changes with the seasons. From apricot ale to double IPAs, the brewery blends tradition with evolution. Visitors enjoy the barrel room, which features exposed brick, stone, reclaimed barn wood and whiskey barrels filled with aging beer.

Crooked Stave turns out its sumptuous craft product from its  brewing facility located at The Source in the River North (RiNo) area of Denver. The Source is an artisanal market housed in a sprawling brick building with more than 26,000 square feet of space containing restaurants and other food- and drink-related businesses, including Comida, Acorn, Meathead, Boxcar Coffee Roasters, and an art gallery.

The Stapleton area rejoiced when Station 26 Brewing set up shop in what was once a fire house just west of Quebec Street near the old Denver airport. Station 26 offers up tasty brews including its Cherrywood-smoked golden and a refreshing Belgian-American Pale Ale as well as a fine Kolsch. The Station also hosts different food trucks, allowing for anything from barbecue to mexican food depending on the day.

Shortly after opening its doors in 1994, Great Divide went on to win multiple awards at Denver’s own Great American Beer Festival and at the World Beer Cup. The brewery has been ranked by RateBeer.com as the 23rd best brewery in the world with three of the world’s top 100 beers, and in 2008 was ranked as the seventh best brewery on the planet by Beer Advocate magazine.

With brews including its well known Avalanche Amber, Breckenridge Brewing got its start in the ski town of Breckenridge in 1990. The brewery, and restaurant, grew out of  the popular home brewing operation of ski bum Richard Squire. The original location in Breckenridge still exists as does the Denver location, which opened in 1992. Breckenridge Brewing was the first Colorado brewery to offer craft beer in six-packs and 12-packs and now brews more than 52,000 barrels of beer every year, with five brewpubs in Colorado.

Other Excellent Brewers Nearby

Often voted one of the best craft brewers in the country, Odell’s opened in 1989. As one of Colorado’s first microbreweries it quickly gained recognition for Its 90 Shilling and Easy Street Wheat. Odell’s prides itself on its environmental approach to business and its charitable giving. The tap room at Odell is open seven days a week and offers limited batch pilot brews as well as live music on Wednesdays.

The home of famous Fat Tire amber ale, New Belgium Brewing, operating since 1991, turns out a wide selection of well acclaimed offerings, from amber and pales to wheat beer and Belgian. Perhaps one of Colorado’s best-known craft brewing operations with its colorfully named brews and labels, New Belgium is expanding its operations to Asheville, North Carolina this year. The Fort Collins location is open from 11 am to 6 pm every Tuesday through Sunday.

Started by former Boulder Beer Company employees Michael Memsic and Chris Coyne, Sanitas Brewing (named after Boulder’s own Mount Sanitas) is a welcome new kid on the block canning year-round favorites including their flagship Black IPA and a Saison Ale. Brewer Zach Nichols brings his skilled expertise to a range of offerings, from red, brown, white and Belgian to espresso- and bourbon-accented brews. The Sanitas tap room showcases a clean modern aesthetic, a nice outdoor deck and occasional live music. 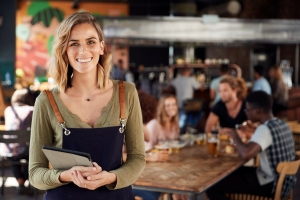