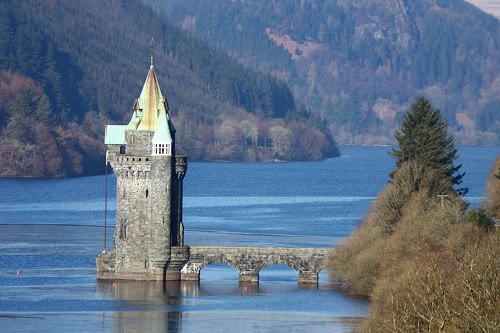 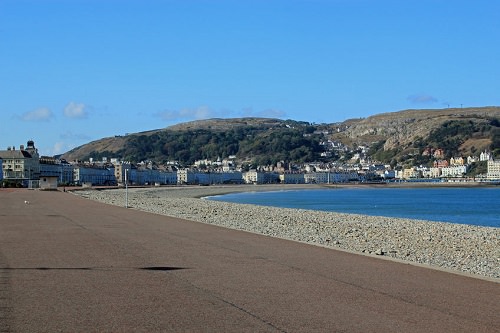 Harken back to Victorian traditions at the St. George’s in Llandudno, Conwy, on the North Wales Coast. It was the first hotel built in Llandudno, 150 years ago. The rooms offer sea views and exquisite service. There is an elegant front lobby and rooms with paneled ceilings and chandeliers. St. George’s offers grand food, including a dessert menu with unusual recipes, like Panacotta with Coconut and Lemongrass, Pineapple Compote, Basil, and Honey Tuile. This immense building lends itself to beautiful views across the Creuddyn peninsula, which stretches out into the Irish Sea. The wide, curving Llandudno Promenade in front of the hotel has been visited by kings and queens and is open to pedestrians and cyclists.

The summit of the Great Orme rises behind St. George’s and is a landmark in the area. The sheer limestone cliffs of the Great Orme host a wide variety of birds, including cormorants, razorbills, puffins, numerous gulls, and peregrine falcons. A sightseeing cable car runs along the Great Orme for a distance of just over one mile.

The town is filled with Celtic lore, and many of the high street shops show this. Ancient Welsh tales of Taliesin and Maelgwn Gwynedd are associated with the local landscape. One of its famous residents was the mystic Dion Fortune, who later maintained a residence in Glastonbury and ran a center at the base of the Glastonbury Tor. Whether staying in Llandudno for a few days or a week or more, it is a place you will find hard to leave. 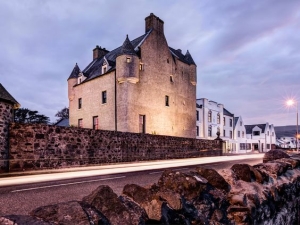